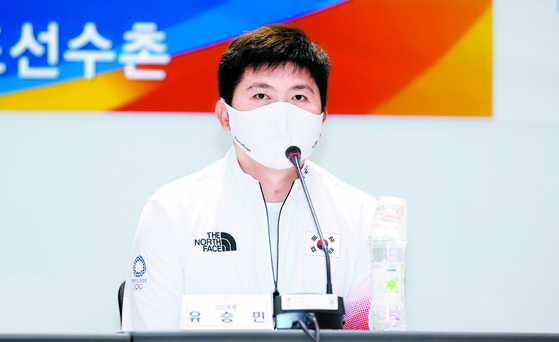 Ryu is a three-time Olympian and the 2004 Athens Games table tennis gold medalist. He became an IOC member in 2016.

Ryu posted on social media early Sunday that he had tested positive for Covid-19 after landing at Narita International Airport in Japan.

Despite having tested negative on Tuesday and Thursday and receiving both his vaccination shots before he left for Japan, Ryu still tested positive upon arrival.

“It is with great disappointment that I have to inform you that I will not be able to attend the Olympic Games Tokyo 2020 at present,” Ryu wrote on his social media page.

“The protocol worked really well, I was immediately brought to the official isolation facility where I will wait until I have the official clearance and it is safe that I leave the room.”

Ryu also added that he is asymptomatic. He will be unable to attend the Olympics until his self-isolation period ends.

For now, Ryu will be absent from the two-day IOC Session this week and it is unclear if he will have to miss the entire Olympics.

Ryu isn't the only person to test positive ahead of the Games in Tokyo.

According to reports, two unnamed athletes from the same country and sport tested positive with Covid-19 inside the Olympic Village on Sunday, making a total of 45 people related to the Olympics to have tested positive since July 1.

The Olympic Village will house 11,000 athletes and thousands of staff members. Many athletes are yet to arrive.

All fans are banned from the Games in Tokyo.

A small number of fans will be allowed in Shizuoka, where two Koreans will be competing in cycling events, Hokkaido, where five Koreans will compete in the marathon and walking races, Ibaraki, where the Korean national football team will play two group stage matches against New Zealand on Thursday and against Romania on July 25, Miyagi and Fukushima.