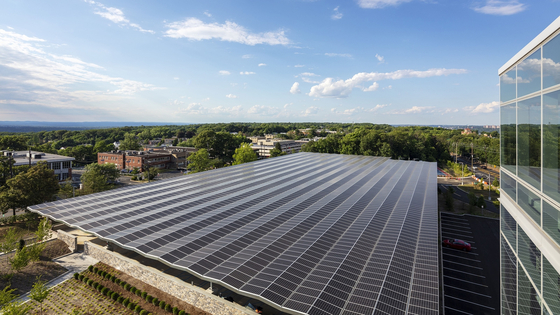 
LG Electronics will only use renewable energy by 2050, the company said in a statement on Sunday.

It will start by replacing all its energy sources with renewable sources at LG Electronics USA, its U.S. subsidiary, by the end of this year. Renewable energy will be used in all parts of its business, including manufacturing and shipping and at its offices.

Other overseas subsidiaries will follow by 2025, LG Electronics said. As a result, half of LG Electronics' total electricity usage will be produced by renewable energy.

The company will take a more gradual approach in Korea. It will switch 60 percent of its energy to renewable energy by 2030 and 90 percent by 2040. The ultimate goal is to only use renewable energy in all its offices and facilities by 2050.

The difference in timing for each region is due to the different policies and regulations in each country, an LG Spokesperson said.

"The plan has been optimized after taking into account the different conditions in each region," the spokesperson said.

LC Electronics has already installed 3.2-megawatts of solar panel capacity at its Indian unit in the city of Noida. The site has been registered as United Nation's Clean Development Mechanism (CDM) project, which allows a company to receive certified emission reduction credits if it has carried out emission-cutting projects in developing countries.

"We will endeavor to give a positive influence to the environment for a sustainable future, carrying out various methods, such as switching to renewable energy and becoming carbon neutral to make everyone's lives better," said Park Pyung-gu, head of LG Electronics' safety environment team.