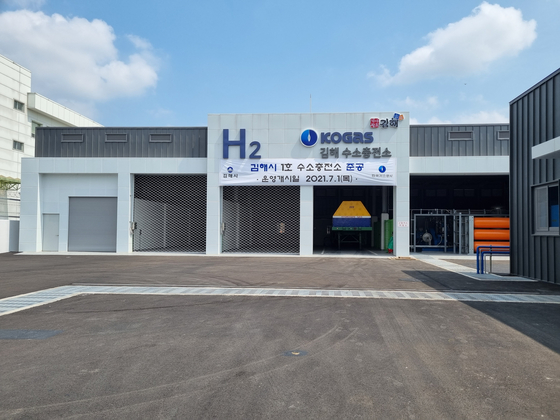 In line with the Korean New Deal initiative, Korea Gas Corporation (Kogas) is taking the lead in the transition to hydrogen economy.

Since climate crisis is posing an imminent threat to humanity, hydrogen energy is earning global attention as a viable alternative to fossil fuels.

The local government launched the Korean Green New Deal project in a bid to accelerate the energy transition, incorporating hydrogen transition as one of the main pillars for the initiative.

Kogas plans to tap into the expertise it has accumulated over the last 37 years in order to establish a hydrogen value chain. As a frontrunner in the local gas industry, Kogas has a clear advantage thanks to its preexisting infrastructure and know-how in the natural gas business.

The roadmap, which will be updated in 2021, includes building production bases in the short term and increasing green hydrogen supply in the long term.

To cut costs and ensure stable supply, Kogas plans to expand production capacity by 2030. Moreover, the company will gradually secure the technology needed to produce and commercialize green hydrogen.

The Ministry of Trade, Industry and Energy has named Kogas as the main distributor to look over the national hydrogen network. Therefore local hydrogen station operators are required to report hydrogen prices to Kogas, which will be disclosed online.

Kogas is striving to expand the national hydrogen value chain in collaboration with both private and public partners, including Korea Expressway Corporation and GS Caltex, while developing a safety system.

“Kogas will execute its hydrogen roadmap to make Korea the frontrunner in the global race for the low-carbon eco-friendly energy transition,” an official from Kogas said.