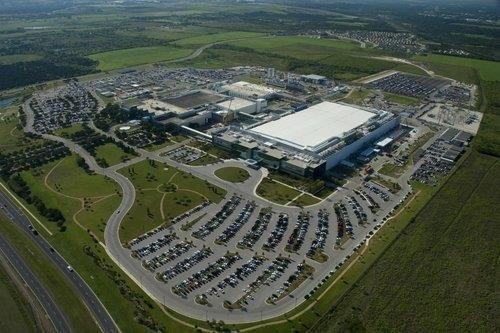 
Samsung Electronics has added a new site in Texas to the list of potential locations for its planned $17 billion investment in the United States, while still keeping the details of the mega-sized project murky and the exact starting date for the investment unclear.

The chipmaker applied for tax incentives from the Taylor Independent School District to build a factory on a site some 60 kilometers (37 miles) from its existing semiconductor manufacturing facility in Austin, Texas, according to a document filed with the Texas Comptroller office.

The proposal comes despite an application for similar incentives being lodged with the Manor Independent School District, near the company’s existing Austin plant, in January. The chief accountant of Texas approved property tax cuts of at least $285 million over 15 years in May for the proposal in the Manor district.

A spokesperson from Samsung Electronics said that the company is still considering a number of locations for its new foundry factory.
“We’ve looked at several sites in Texas, along with other states in the United States,” the spokesperson said, “But the decision has not been made.”

In the latest application, the company proposed that the county limit the taxable value of Samsung's proposed facility at $80 million for 10 years, the lowest level permitted under the county’s tax incentive program.
The property tax rate in the school district is 1.47 percent.

On top of the property tax benefit, the company is seeking a wide range of rebates and an assistance from the Texas Enterprise Fund as well as incentives relating to infrastructure and utility improvements, according to the latest filing.

In exchange for the incentives, Samsung Electronics suggested that it would make an investment of at least $17 billion and create a minimum of 1,800 jobs.

Besides the Texas locations, the Suwon, Gyeonggi-based tech company is considering sites in New York and Arizona.
“Additional locations under consideration include two locations in Arizona near the cities of Goodyear and Queens Creek. Applicant is also considering a site in Genesee County, New York,” according to the filing.

The Manor site was considered the frontrunner in the race because of its proximity to the existing plant and semiconductor parts suppliers.

But the calculus became complicated following the Austin factory’s temporary shutdown in February due to a power outage.
“The unstable supply of electricity could be of concern for Samsung,” said a source in the semiconductor industry. “So, Samsung could take a more cautious stance at a time when many states in the U.S. are competing to lure the investment with their own package of tax incentives.”

As Samsung Electronics putters around, the competition is getting on with their own significant U.S. foundry efforts.

Hsinchu, Taiwan’s TSMC has already started construction at a site in Arizona in June as a part of its $12-billion-foundry project, while Santa Clara, California’s Intel announced in May that it will spend $20 billion to expand its chip-making capabilities.