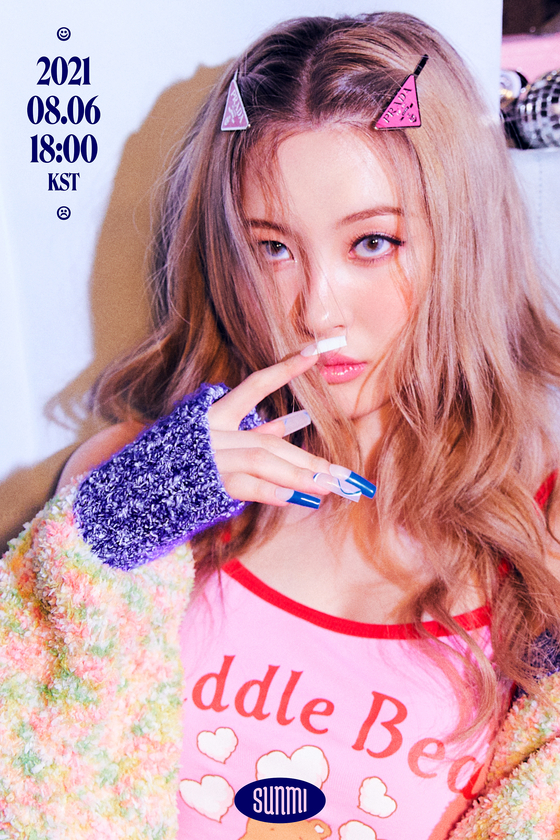 Singer Sunmi releases a poster Monday to announce the release of her new track on Aug. 6. [ABYSS COMPANY]

Singer Sunmi is set for a return to the entertainment scene with the release of her new song on Aug. 6, according to her official social media channels on Monday.

The post on her social media accounts did not reveal much. The new music comes about six months after her last track “Tail.”

The former member of the now-disbanded girl group Wonder Girls has had many hit songs since going solo in 2013, including “Gashina” (2017), “Siren” (2018) and “Noir” (2019). She also plays a big role in the lyric writing and composition of her music.

The new song will be released at 6 p.m. on August 6 through major music outlets.