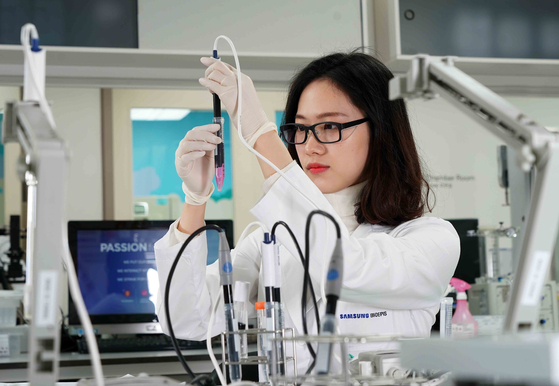 The drug is an identical copy of Ustekinumab, better known as Stelara from Belgium’s Janssen Pharmaceuticals.

Stelara’s patent expires in September 2023 in the United States and January 2024 for most parts of Europe, opening the market for biosimilars like SB17. Last year alone, Stelara generated a revenue of $7.7 billion globally.

Phase 3 clinical trials started in July in eight countries, including Poland, Korea and the Czech Republic, on 464 patients suffering from moderate to severe plaque psoriasis. The tests aim to compare the safety, efficacy and tolerability with the Stelara original, Samsung Bioepis said.

In February, Samsung Bioepis had initiated Phase 1 clinical trials of SB17 on 201 healthy people in France.

"By accelerating the development of SB17 along with other biosimilar products the company has been selling, Samsung Bioepis will endeavor to extend the access of treatment for patients with autoimmune diseases," said a spokesperson for Samsung Bioepis.

SB17 is the company’s tenth biosimilar. Among them, four, including SB17, are now in Phase 3 clinical trials. The other five are currently on sale in Korea, United States and Europe, while SB11, a biosimilar to ophthalmology treatment Lucentis, received a recommendation for marketing approval from the European Medicines Agency’s Committee for Medicinal Products for Human Use in June.