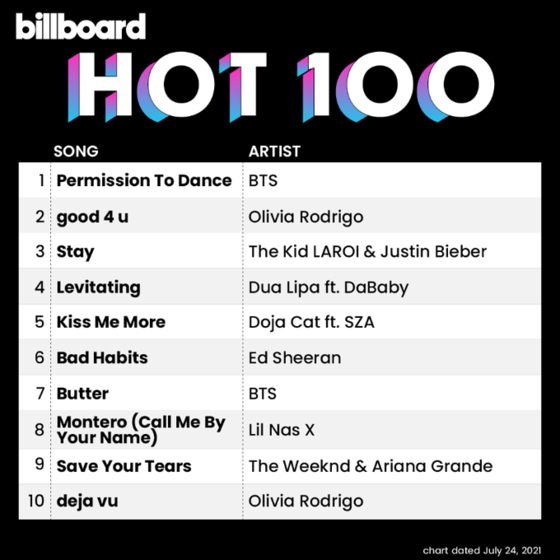 
K-pop phenomenon BTS’s third English-lyric song “Permission to Dance” entered the Billboard Hot 100 singles chart at No. 1, according to Billboard on Monday.

Written in collaboration with British singer Ed Sheeran and released on July 9, “Permission to Dance” took the top spot from the band’s second English-lyric song “Butter.” “Butter” had topped the chart for seven consecutive weeks before falling to No. 7 this week.

Every single released by BTS since “Dynamite” has topped the Billboard Hot 100 singles chart.

“Permission to Dance” was released as a track on BTS’s physical album for “Butter.”