Team Korea will send six table tennis players to smash their way through all five medal events at the Tokyo Olympics.

Table tennis is divided into men's and women’s singles and team matches, with the Tokyo Games adding a mixed doubles event to the roster.

Singles matches will be played as a best of seven. In each game, the first player to reach 11 points with a margin over two points wins the game.

For team matches, there are three players per team. There will be four singles matches followed by a doubles match, so one player from each team will play two games while the other two will play one.

World No. 14 Jeon Ji-hee and Shin Yu-bin will play the women’s singles, with Choi Hyo-joo joining the two for the women’s team event.

World No. 12 Jang Woo-jin and No. 13 Jeong Young-sik will play the men’s singles with No. 22 Lee Sang-su joining the two for the men’s team event. Jeon and Lee will play the mixed doubles event. 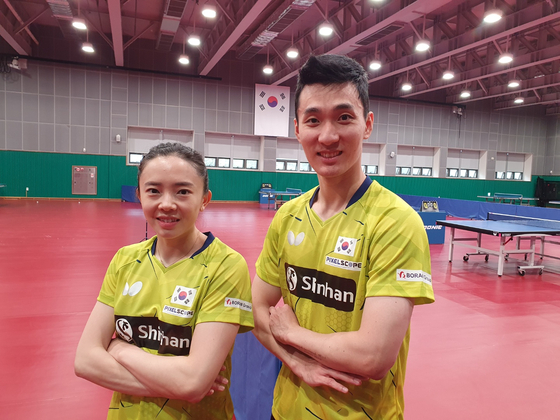 
Table tennis debuted as an Olympic sport in Korea at the 1988 Seoul Games, making the Seoul National University Gymnasium the first Olympic table tennis court in history. Four events were played at the Games, the men’s and women’s singles and doubles.

Korea has participated in all nine Olympics since and has a total of three gold medals, three silver medals and 12 bronze medals. Korea is second on the overall Olympic medal table, trailing a long way behind China with 28 golds.

Moreover, Team Korea has been on a nine-year medal drought since the 2012 London Games when Ryu, Oh Sang-Eun and Joo Se-hyuk of Korea won the silver medal for the men’s team game. 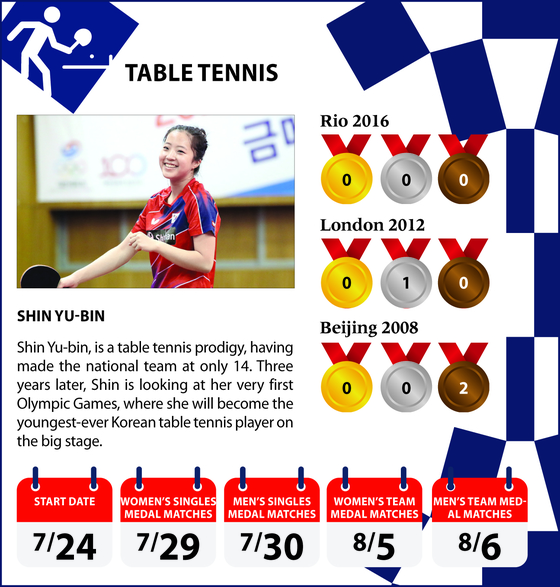 This year's tournament will be a little different with the introduction of new rules implemented as Covid-19 prevention measures.

At the Tokyo Games, table tennis players are not allowed to touch the table with their hands or towels, and more importantly, players will not be allowed to blow the ball, which is something they usually do before a serve. Players who break the rules will be given a yellow card.

Korea head to the Games with an extra incentive. Ryu, who is now an International Olympic Committee (IOC) member and president of the Korea Table Tennis Association (KTTA), announced in May that the KTTA will offer a 500 million won ($435,000) reward for a team gold medal and 100 million won for a singles gold medal.

With the additional morale boost, the six-people squad are ready for Tokyo.