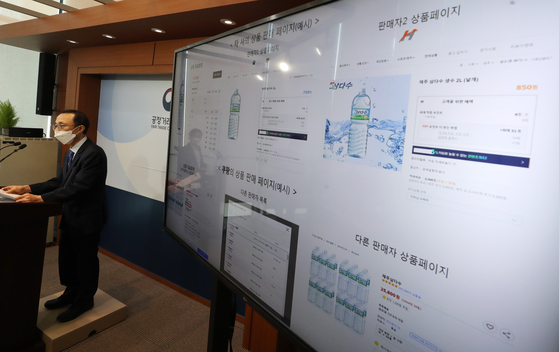 Coupang has been called out by the Fair Trade Commission (FTC) for the liberal use of copyrighted material in its Item Winner program.

Under the program, companies selling the same product compete on price, and they are allowed to use the same image of that product even if they are not the owners of that image.

Any company that sells products on the site have to agree to terms that allow their own content to be freely used by others, leading to the use of the same intellectual property by competitors.

The FTC ordered an end to the practice.

It also ordered Coupang to scrap a contract term in which all damages that might result from the Item Winner program are the responsibility of the seller.

Some of the companies selling products on the platform complained that the winner system has allowed competitors to take advantages of efforts and expenses that went into creating the content and that Coupang has made no effort to protect their interests.

The system was also considered to be deceptive.

According to the Ministry of Trade, Industry and Energy, the online retail market has expanded significantly during the global pandemic.

Coupang currently is the No. 2 e-commerce player, with a market share of 13 percent. Naver is top, with 17 percent.