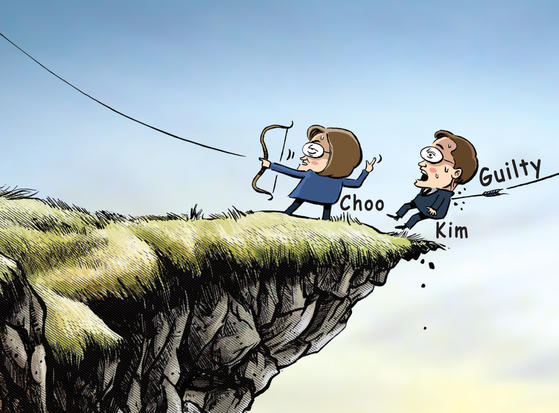 It was Choo Mi-ae, head of the ruling Democratic Party in 2018, who accepted the opposition party’s demand that a special prosecutor be appointed to dig up suspicions over an online opinion manipulation scheme. On Wednesday, the Supreme Court upheld lower court rulings sentencing South Gyeongsang Governor Kim Kyung-soo, a close ally of President Moon Jae-in, to two years in jail for colluding with a man called Druking to manipulate online opinion before and after the 2017 presidential election.