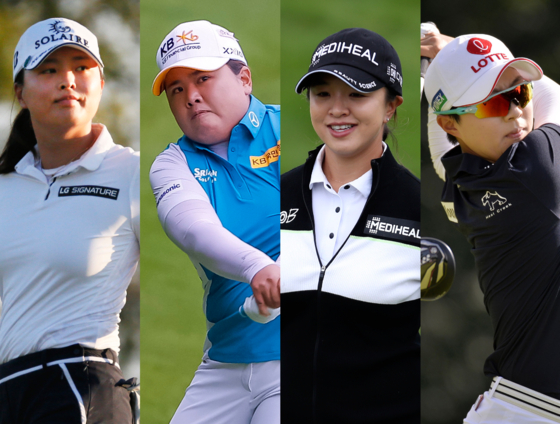 
The 2021 Amundi Evian Championship tees off at Evian Resort Golf Club in Evian-les-Bains, France on Thursday, giving Korea's four female golfing Olympians a chance for a serious morale boost at the final major before the Tokyo Games.

Among the Olympic golfers, Kim Sei-young is the only one to have never won at the Evian. Ko is the current reigning champion, having pulled off a come-from-behind victory to take the title in 2019, and Kim Hyo-joo won the major in 2014. Park has never won the Evian Championship, but did win its predecessor, the Evian Masters, in 2012. 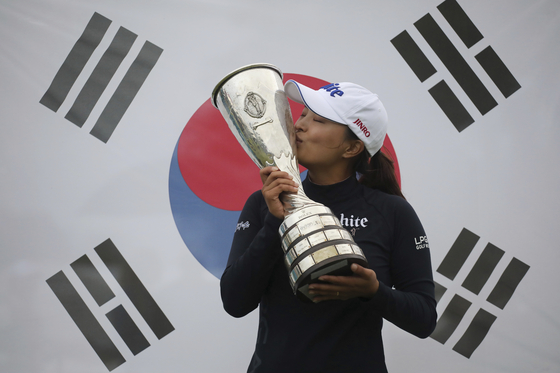 
Ko overcame a three-stroke deficit after 54 holes to earn a two-stroke win in 2019, beating out three golfers tied for second including Kim Hyo-joo. That win was a huge moment in her career, adding her to the short list of golfers to win two majors in one year — she had earlier won the ANA Inspiration — and propelling her to No. 1 on the Rolex World Ranking, a position she held until Nelly Korda unseated her just a few weeks ago.

That second-place finish in 2019 was par for the course for Kim Hyo-joo, who has always excelled at the Evian Resort. Her 2014 win also saw her set the tournament 18-hole scoring record at 61, a record that still stands to this day. She isn't the only Korean golfer to shine in France — Chun's 2016 performance saw her finish 21 under par, setting a new tournament record over 36, 54 and 72 holes.

This year the Korean Olympic golfers enter the tournament looking for a morale boost ahead of the Games.

Despite their dominant positions in the world ranking, all four have had relatively quite seasons. Ko, Park and Kim Hyo-joo have each won a single tournament this season — Ko won the Volunteers of America Classic earlier this month, Park won the Kia Classic in March and Kim Hyo-joo won the HSBC Women's World Championship in April. Kim Sei-young is yet to win a tournament this year, with only three top-10 finishes to her name.

A total of 126 golfers from 27 countries will turn out for the tournament in France, the first stop on the LPGA's European leg that will then move on to the inaugural ISPS Handa World Golf Invitational in Northern Ireland, before taking a one-week break for the 2020 Tokyo Olympics. After the Games, the LPGA will move to Scotland for the Trust Golf Women's Scottish Open and the AIG Women's Open, the final major of the season.

Kim Sei-young will tee off on the first hole at 1:03 p.m. with Georgia Hall of England and Sophia Popov of Germany. Park will follow in the next group, teeing off at 1:15 p.m. with Jessica Korda and Ally Ewing, both of the United States.