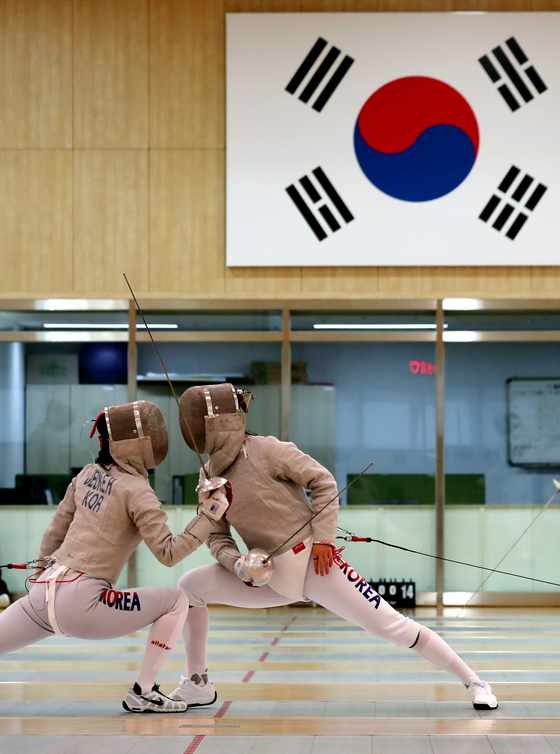 
Eighteen fencers head to Tokyo to go en-garde with the old guard as a strong Korean team looks to loosen Europe's historic grip on the noble sport.

Olympic Fencing is divided into 12 events based on the weapon used and the style of competition. 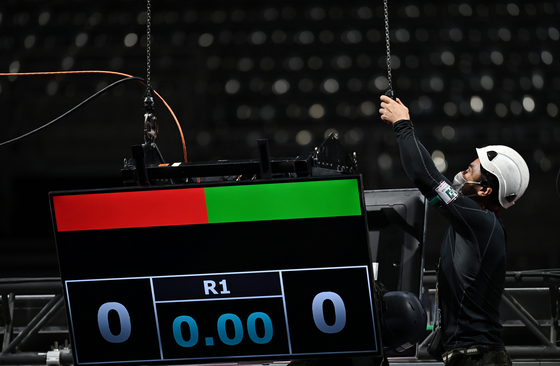 A staff member works at the Makuhari Messe Hall in Chiba, Japan where Olympic fencing events will take place ahead of the Tokyo 2020 Games on July 20. [XINHUA/YONHAP]


There are three different weapons — foil, épée and sabre — and both team and individual events. Tokyo will be the first Olympics to have all six team events contested, as each Games prior excluded one or two on rotation.

Team Korea will compete in 10 of the 12 events, sitting out only the two team foil bouts, marking the first time Korea has competed in four team events, having only qualified for three in the past.

Korea has a cutting-edge legacy in the sport, as the second best Asian country after China with three gold, two silver and four bronze medals. 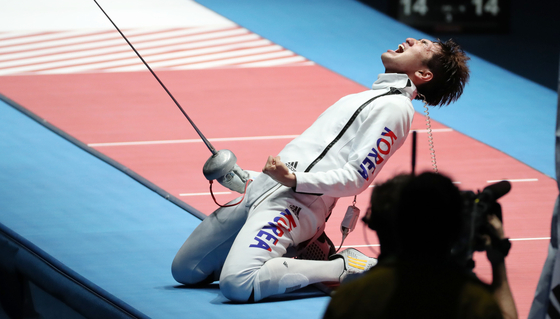 
Park Sang-young, a right-handed épéeist, is the proud owner of Korea’s latest gold medal in fencing.

At the 2016 Rio Olympics, Park proved that fencing is a mental game. In the men’s épée final against Gaza Imre of Hungary, Park was losing 14-10, with Imre only needing one more point to take gold. During a short break, Park was seen giving himself a pep talk, murmuring “I can do this,” after which he stepped up to the piste and did it — adding five straight points for a dramatic victory.

Five straight points in an épée bout is hard enough without it being the final of a gold medal match because in épée, double hits are allowed, unlike with the other two weapons, meaning that Park was able to hit but was skillful and bold enough to avoid being hit at the same time. 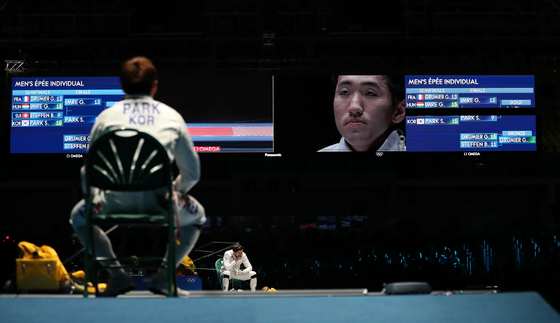 Park Sang-young gives himself a pep talk, saying “I can do this,” during the gold medal match at the 2016 Rio Olympics. [JOINT PRESS CORPS]


Park will compete in the men’s épée team alongside Kweon Young-jun, Ma Se-geon and Song Jae-ho.

Kim, a right-handed sabrist, is now the oldest fencer on the team. He also won a team gold medal at the 2012 London Games with Gu bon-gil, who will also compete in Tokyo.

The two will compete as four-man team in Tokyo with Oh Sang-uk and Kim Jun-ho.

At the same event, Yoon Ji-su took the bronze medal in the individual women's sabre.

The two foilists round off the 18-person squad, with veteran Jeon Hee-sook representing Korea at the women’s foil and Asiad gold medalist Lee Kwang-hyun ready to strike in the men’s foil. 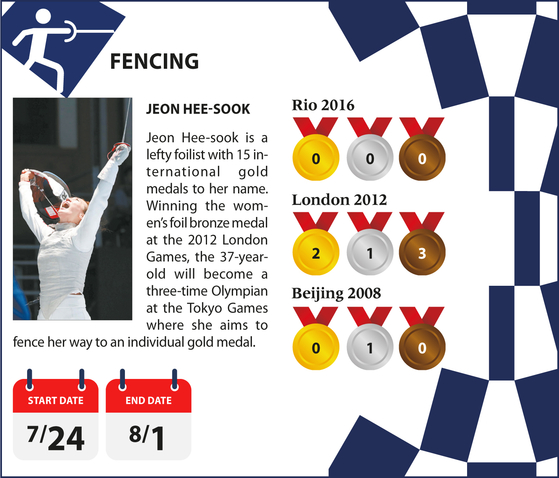