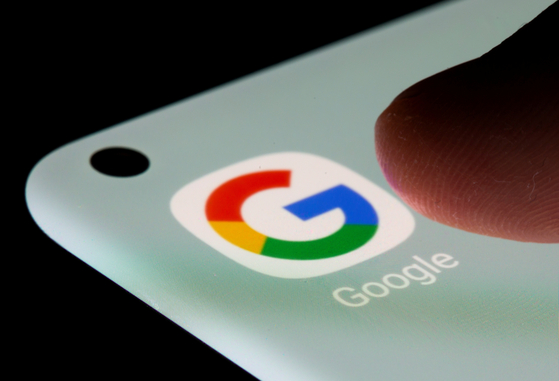 Google app is seen on a smartphone in this illustration taken, July 13, 2021. [REUTERS/YONHAP]


The Legislation and Judiciary Committee did not take up a bill revising the Telecommunications Business Act in its Thursday meeting, meaning that it will be at least another month before the "Anti-Google law" goes to a National Assembly's plenary session for a vote.

"The bill needs to complete the 5-day cooling-off period before being taken up by the legislation committee," said Rep. Jo Seoung-lae of the Democratic Party, a member of the Science, ICT, Broadcasting and Communications Committee, on Thursday. "It can be voted on at a meeting held in August."

The bill prohibits Google from including all app developers its in-app billing system, which charges a 15 to 30 percent commission.

The ruling Democratic Party (DP) could have skipped the 5-day cooling-off period and pushed it to the legislation committee because they're the majority in the science committee, but the move would have faced backlash from the People Power Party (PPP). The DP aimed for the bill to be passed on Thursday and put on the list of items for the plenary session that began Friday.

After the bill passed the science committee with only DP member approval, PPP members of the committee issued a statement saying, "The DP must immediately stop trying to enforce the law unilaterally." 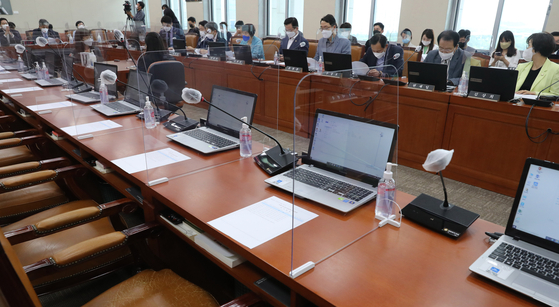 The seats to the members of People Power Party of the Science, ICT, Broadcasting and Communications Committee are left empty in the committee meeting held on Tuesday at the National Assembly. [NEWS1]


If passed next month, the law will go into effect after 15 days. The new in-app payment system is supposed to start in October, with exceptions for some developers who receive extensions from Google until next April.

The amendment follows an uproar over changes to Google's in-app billing system announced last July. The U.S. tech company said it will have all apps subject to its billing system and charge a 30 percent commission on all in-app purchases. Previously, the requirement to use the Google Play Payment System applied to games only.

In November 2020, it delayed implementation from January to October and said it would reduce its commission to 15 percent. Google said it would still charge apps that make over $1 million annually a 30 percent commission.