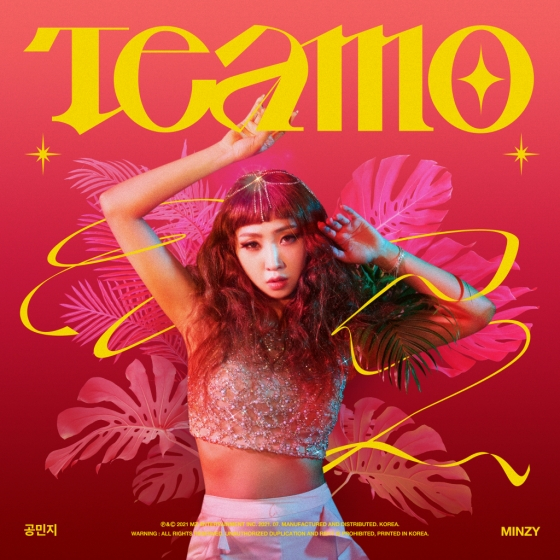 
K-pop singer Minzy’s single “Teamo,” which was released on July 11, hit No. 6 on Billboard’s World Digital Song Sales chart, her personal best since the single “Ninano” (2017) reached No. 18.

“Teamo” made it into the top 10 of ITunes charts in 23 countries including the United States, Britain, Switzerland, Singapore, Denmark, Spain, Brazil, Italy, Canada and Germany.

In the Latin hip-hop song, the singer relates how much she misses her fans with references to "Romeo and Juliet." Minzi helped write the lyrics. The singer, also known as Gong Min-ji, is a former member of the popular girl group 2NE1. After she dropped out of the group in 2016, she  debuted as a solo artist in 2017 with her EP “Minzy Work 01 Uno.”