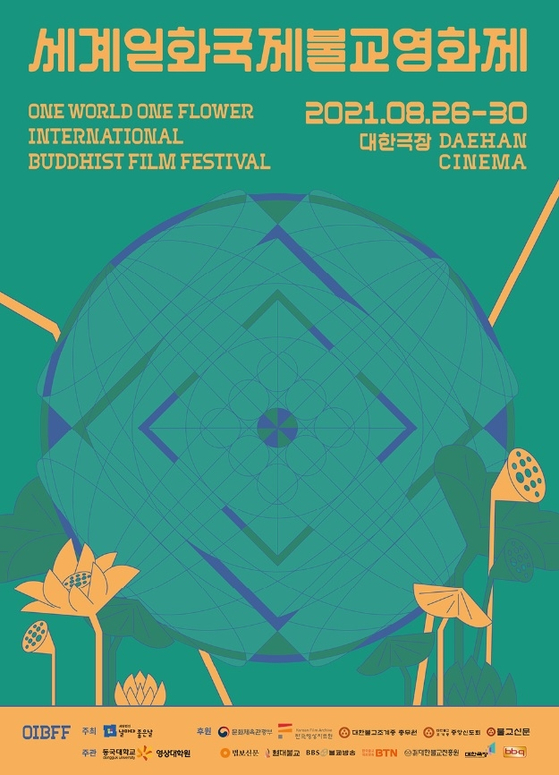 A poster for this year's One World One Flower International Buddhist Film Festival. [OIBFF]


The first One World One Flower International Buddhist Film Festival (Oibff) will be held from Aug. 26 to 30 at the Daehan Cinema in Chungmuro, central Seoul.

Oibff is the first film festival in Korea to introduce movies related to Buddhism. It is hosted by Dongguk University’s graduate school of film and video production.

The festival will show 62 films from 15 countries in four non-competitive sections named for flowers — Lotus, Lilac, Camellia, Daffodil — and one special exhibition, “Focus on Myanmar,” dedicated to people in Myanmar fighting for democracy.

The design of the official poster of the film festival includes Buddhist elements such as the lotus and mandala, a ritual symbol that represents the universe.