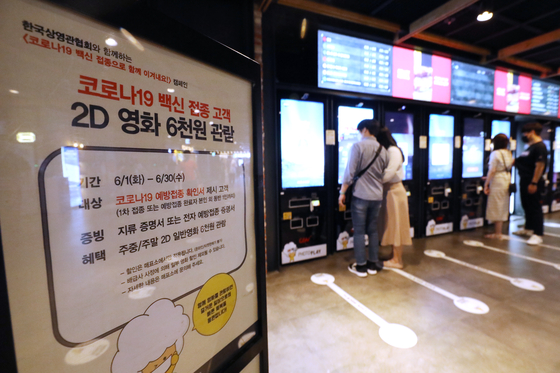 
The number of people going to movie theaters in the first half of the year was about 20 million, the lowest since the Korean Film Council started to compile data in 2004.

According to Korean Film Council on Friday, the coronavirus pandemic reduced box office sales to 186 billion won ($161 million), a 32 percent drop compared to a year earlier. The number of theater-goers represented a 38.2 percent decline.

For Korean films, the number of theater-goers was 3.8 million, down 80.9 percent, and the box office was 34.5 billion won, down 79.8 percent compared to the previous year.

Some 332 films were released from January to June, a 26.2 percent increase on-year.

The top three films by ticket sales were all foreign. Hollywood blockbuster “Fast & Furious 9” was No. 1, and animated films “Demon Slayer: The Movie” and “Soul” were No. 2 and 3. Two Korean films,“Hard Hit” and “Mission: Possible,” ranked No. 9 and 10.