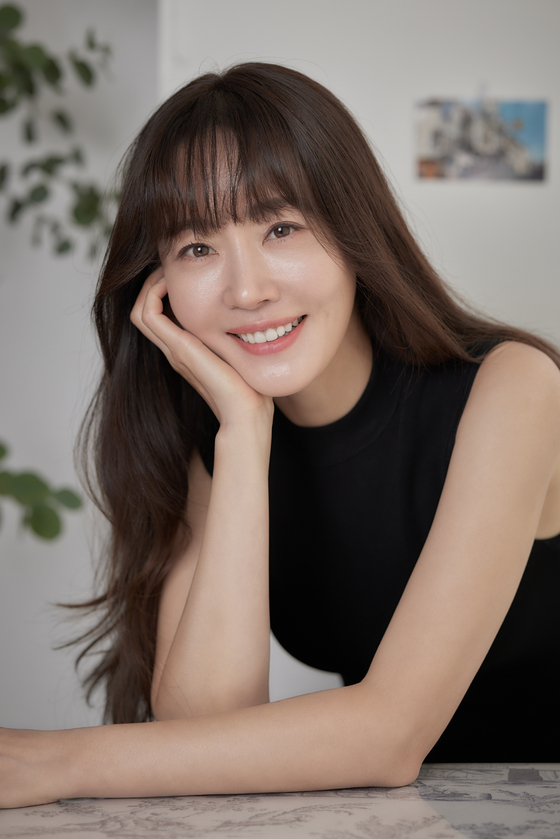 Uhm Ji-won's latest movie is different from any she has done before. Its story is a continuation of the TV drama “The Cursed,” which ran last year on tvN.

The film, “The Cursed: Dead Man’s Prey,” tells what happened next. It opens Wednesday.

“It hardly feels real that [this story] made it into a movie and is actually opening in theaters,” said Uhm during an interview with Ilgan Sports, an affiliate of the Korea JoongAng Daily.

“I like the fact that even people who did not watch the TV drama can still enjoy watching the movie despite the fact that the story is a continuation.”

The thriller is about a series of murders by people who are already dead. Uhm plays Im Jin-hee, a former journalist who establishes her own online media outlet for investigative stories in an attempt to stop the killings.

Uhm shared how it felt doing the film after the television drama. Below are edited excerpts.

Q. How does filming for the movie and for the television show differ?

A. For TV dramas, there is a certain flow to each episode to keep the story going. For a film, one story needs to be told in depth. Maybe the film version has more depth and entertainment factors than the drama version.

Are you happy with how you played the role in the film?

What actor is ever satisfied with their acting? Of course there are so many things I feel regretful about. What’s precious for me here is the fact that “The Cursed” is not something that has a definite end. It has created a world that can be continued even further.

Do you want the story to continue in some other form, like the television drama continued with the film?

Even with the movie, it doesn’t feel like we have come to the end. It feels like we have done well so far, and we have to think about what to do differently next time. That’s what I’m thinking.

Will fans of the television series appreciate the movie version?

Of course, those who watched the series like what they saw, and I hope they feel we have maintained the style from the drama. I’m sure the director was smart enough in setting up the direction of the movie to please both the series' fans and people who didn't see it. 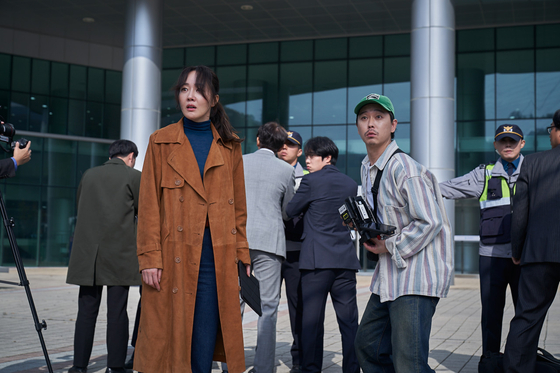 
Did you ever think that the television series would be made into a film?

When we started doing the drama, the writer Yeon Sang-ho did share his ideas on how he wanted to make this a series. I personally wanted this to become a series. By the time the drama was reaching its end, he gave us a scenario for a movie. I was surprised when he really did what he said he would do. It was so exciting to be part of his very creative plan. He has an amazing power to put things together. He writes new scripts at an amazing speed.

Were you excited to continue to play the lead?

The fact that Im Jin-hee is the center of the series, how Im is the one who unravels mysteries, and how Im is a woman are all so meaningful for me.


Did you intend the spotlight to stay on the female lead?

I didn’t intend to make that happen when I was doing the drama. But I think some audience appreciated that. I’m thankful. I was just focused on playing my character.

Were you a bit irritated when Im sometimes felt like a passive person in the television series?

I have an urge to complete my character. [In the drama,] Im sometimes felt like someone who just responds to what’s happening, instead of taking an initiative when unbelievable things are happening right in front of her eyes. I tried my best to be seen as someone who is active rather than passive, and I did my best to show how much a human can do to solve very weird things without losing their rational sense.