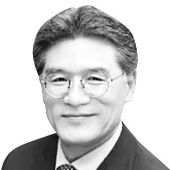 Choi Chang-yong
The author is a professor at the Korea Development Institute (KDI) School of Public Policy and Management.


The presidential election clock is ticking. With the protracted Covid-19 pandemic, South Korea’s low growth, North Korea’s persistence with nuclear weapons, the United States with sophisticated global strategies, and China trying to confront the U.S., countries around the globe are uniting and colliding. For the next five years and beyond, what national strategies do we need? I believe we should build a triple-layered system to develop our future strategy and manage security risks.

First, we must get over the illusion of the decline of the U.S. and rise of China. The United States is the sole hegemon as the biggest economy in the world, dominating key currency and international finance system and possessing firepower stronger than the combined naval and air strength of the next five military powers. I do not mean to undermine the rise of China. When you don’t distinguish the rhetoric and reality of the rise of China, you could make the dichotomous error of “Security with America, economy with China.”

The latest issue of Foreign Affairs Magazine entitled “Can China Keep Rising?” is devoted to the analysis of the future of the Communist Party of China (CPC), China’s economy, military and reform, as well as the Taiwan issue. The focus is on sustainability. Will China be able to settle and compete against the U.S. as a rival hegemon in the global system where liberal democracy and market economics have reached the point of being irreversible? The magazine came up with the diagnose that roughly operating the Chinese domestic political system and the pursuit of hegemony as seen in the One Belt, One Road initiative have already lost legitimacy and expandability. 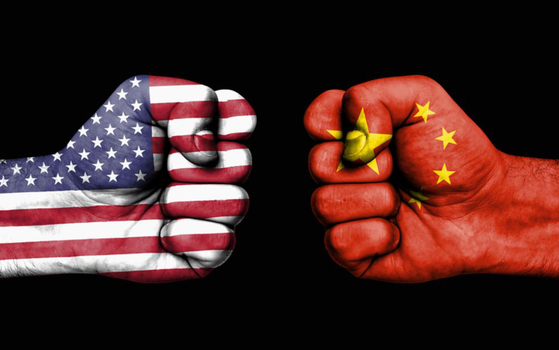 Second, how will North Korean threats be perceived and what strategies do we need? Despite extreme economic challenges, North Korean leader Kim Jong-un hasn’t given up on the nuclear program. Instead, he developed ICBMs with nuclear warheads to elevate the level of the threats. But we must carefully watch what’s happening in North Korea and its internal cracks at the same time. Market developments that spread after the Arduous March in the mid-1990s has gone beyond the level of an anti-socialist mechanism and intensified systemic corruption in the government and dependence of its fiscal policy on the market.

No low-income and poverty-ridden countries other than North Korea relies 90 percent on one country — China. Even if North Korea manages to survive, we can imagine the future of the country that virtually lost economic sovereignty. We must analyze and prepare separate plans for two polar opposites of North Korea — a nuclear power and a country that has started to crack from the bottom.

The third is our national defense reform. We must transform it into strategic defense for future warfare, co-operable defense that can ratchet up combined power of each armed force, and innovative defense armed with contactless, remote and cutting-edge technology. Of the 52.8-trillion-won ($45.7-billion) defense budget, we must eliminate the sunk costs used for maintaining useless outdated weapons systems, and cut structural waste from maintaining our troops. When fewer than 300,000 babies are born a year, it is impossible — and ethically not justified — to maintain the current size of the troops.

At the same time, we must start qualitative improvement of the conventional ground forces toward marine and space forces. Response to the threats on the ground and multi-purpose joint force are not conflicting goals. This year, debates over the construction of an aircraft carrier has continued. Is it that hard to build a strategic asset encompassing shipbuilding, steel, ICT, and defense R&D capabilities and essential to marine and air operations with allies? But the future is coming. We need to keep the “window of opportunity” by integrating our will and capabilities.

Having experienced Trump, politics and economy of the United States and liberal democratic countries paradoxically evolve higher and deeper. This is the time of historic transition from dominant hegemony to co-existent hegemony. We cannot afford the unfortunate past of failing to manage security risk anymore. I hope the next presidential election will open a new chapter on politics.