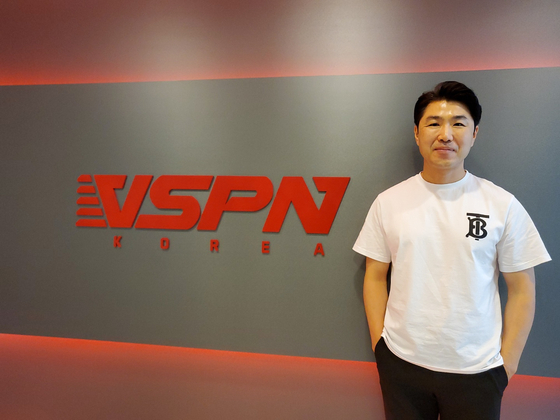 
Korea's receding stature within the ever-expanding global esports ecosystem has been a hot topic of discussion within the industry for the past few years.

Pessimists argue that the massive head start Korea enjoyed since the turn of the millennium has now dwindled to the point of irrelevancy. Cling as Korea might to its historical legacy as the birthplace of modern esports, they say, the nation's days as a cultural vanguard are over; the size of its domestic market is painfully limited and other regions' infrastructure now easily matches — and in many aspects clearly dwarfs — that of Korea.

Earlier this month, the Korea JoongAng Daily had the opportunity to chat with VSPN Korea CEO Kim Ki-ho, arguably one of the best-qualified people in the world to gauge Korea's position within the global picture.

Kim worked from 2002 to 2014 at OGN — then named OnGameNet — as a broadcast producer, staging tournaments for marquee titles such as StarCraft: Brood War, Sudden Attack, CrossFire, Dungeon & Fighter, and League of Legends. He then moved to China alongside other fellow OGN alumni and contributed to the qualitative improvement of Chinese esports productions, working at PLU and NeoTV.

In 2018, Kim returned to launch and lead the Korean office of the Shanghai-based, Tencent-funded Versus Programming Network (VSPN), the largest esports production company in the world. VSPN Korea was VSPN's first overseas studio, and was built as a "forward operating base" for the company's global ambitions.

We spoke with Kim about VSPN Korea's operations over the past few years, the status quo of the Korean esports industry and his ideas on how the government could better support the sector. Following are edited excerpts from the conversation.


Q. Most viewers of Korean esports should at least be aware of VSPN Korea's presence by now, but to those outside of the industry, few details are known about the company aside from the connection with China. How would you describe your studio?

A. I've long had the vision of setting up a truly international pipeline — an "e-chain," if you will — across regions for esports content. Working at OGN, I always felt that Korea's esports broadcast production capabilities could and should be taken to the global market. While in China, I grew confident that with the right partners, such a network could be built — first across Asia, then the world.

I see VSPN Korea serving as a bridgehead of sorts for the Korean industry. There are many skilled producers, esports-ready titles, and talented players in Korea. We believe our studio can help them showcase their brilliance to a much larger audience.

It's true we're funded by Chinese capital, but there's hardly a sector in the domestic economy that hasn't received any similar investments. I think it makes little sense to try to shut ourselves off from such a large market geographically right next to us, especially when our own market is so limited in size. 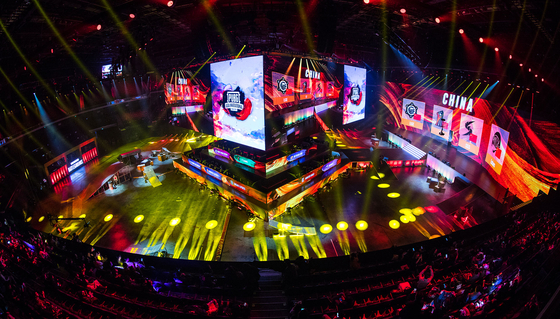 
Q. OGN and SPOTV Games have shut down in recent years, and your studio hired much of their talent. VSPN Korea and AfreecaTV are now Korea's two remaining third-party studios capable of producing premier events. How do your broadcasts differ from AfreecaTV broadcasts?

A. I've always thought that esports productions should always strive to innovate, to push the envelope. Merely dressing up in different clothes an ancient format established in the OSL era isn't enough. Our studio is determined to continuously redefine what an esports broadcast can be.

We've been pushing that vision forward since we started operating, as shown in our experiments with full VR studio production and vertical view. I believe we have a responsibility to prove to the world that Korean broadcast production is still extraordinary.

In terms of style, I think we excel at bringing elements from other fields and creatively integrating them to make something genuinely new. This is reflected in how we built our arena, V.Space, as a cultural venue instead of limiting it as a stage for esports competitions. We've held everything from K-pop showcases and fan meets to remote conferences here.


Q. Based on your nearly two decades of experience, what do you think of Korea's place in the world of esports right now?

A. While our domestic events may no longer be of great international significance, I believe Korea's relevance in esports still holds strong in a different form — countless Korean players, coaches, managers, referees, producers, and organizers have spread all across the world over the past decade and now hold key roles within their scenes.

That being said, there's no denying that the domestic market is inherently limited in size and seems to be stagnating as well. Japan's esports industry, for instance, is projected to grow to twice our size by 2022, which is part of why we've started launching new projects with Japanese partners.

To keep growing, Korean esports needs to globalize further. Everyone already knows that much, of course, but the problem is that few have figured out yet how to do it properly — the methodology is lacking. We hope our e-chain can guide the way in some regard. 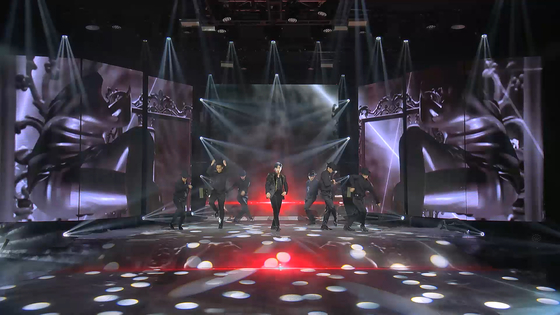 V.Space has been used for K-pop productions on occasion. [VSPN KOREA]


Q. What are your thoughts on the virtual monopoly that League of Legends Champions Korea (LCK) currently holds in terms of domestic esports viewership?

A. LCK is obviously huge, but there are many other titles developed by Korean companies that are doing very well in other regions, and I think it would be great if domestic viewers were to take more interest in them. CrossFire is a household name in China, Point Blank is still doing well in Southeast Asia, and PUBG's reach needs no description.


Q. What are your thoughts on the new regional esports arenas in Busan, Gwangju, and Daejeon? Most insiders I've spoken with were confused why so much money went into the project, and professed dismay at the venues' build quality.

A. It's great news that the government is taking real interest in esports and is willing to invest in our sector. However, an arena is only one part of the infrastructure necessary for a genuine ecosystem to take root in a new local area.

My impression is that the whole regional arenas project was well-intentioned but rushed, and not sufficiently thought out. I hope all the steps necessary for those spaces' actual utilization will be taken soon.

The quality of those arenas should also be scrutinized. Those in the industry are somewhat optimistic about the one in Gwangju, which was overseen by an ex-OGN producer, but are disappointed in the other two for a variety of reasons.


Q. I've heard neither VSPN Korea nor AfreecaTV were contacted for the upcoming 2021 Esports Championships East Asia (ECEA), which suggests the organizer — the Ministry of Culture, Sports, and Tourism — does not feel esports-specific expertise is necessary to produce an esports tournament. What do you think of this?

A. I'm concerned. Organizers contracting out their first-ever esports event to a studio with zero expertise in esports and ending up with a shoddy product is a story all too common, unfortunately. I feel that in Korea, the complexity of esports broadcast production has always been grossly underestimated by those outside of the industry — we tend to receive more respect from outside of Korea than within. 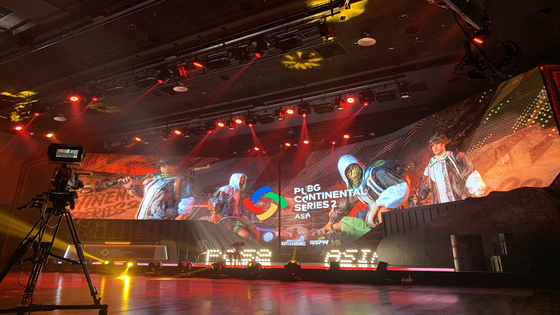 VSPN Korea has produced a number of inter-Asian esports tournaments in the past. [VSPN KOREA]


Q. How could the government support the esports industry in a more meaningful fashion?

A. Just look at Korea's esports and gaming industries. We have Lee "Faker" Sang-hyeok, the Michael Jordan of esports, still playing. We developed colossal hits like PUBG and CrossFire, which are still going strong. We built the first esports TV channel in the world, and now have decades of know-how in broadcast production.

The private sector has done brilliantly for so many years. Yet over that period, the government has mostly shunned and restricted the industry instead of promoting and supporting it. Things have gotten a lot better recently, but there's still a long way to go, when you look at how much other national governments are investing into esports these days.

One form of support I'd really love to see from the public sector is the setup of a task force that focuses on incentivizing developers of key esports titles to partner with capable domestic production studios and hold events of the highest caliber in Korea.

Turning a top Esports franchise into a successful business

Gen.G Esports teams up with Burberry to promote Esports culture