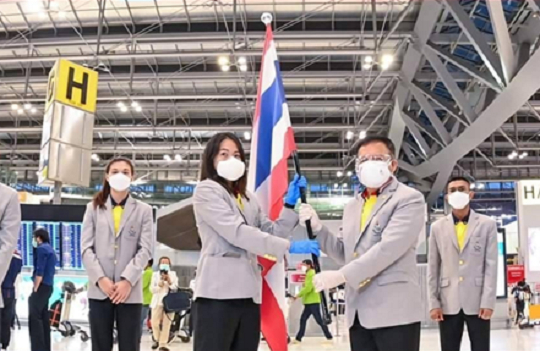 Athletes, coaches and staff of the Thailand Olympic team wear the second generation LG PuriCare Wearable Air Purifier as they depart for the Tokyo Olympics on July 23. [LG ELECTRONICS]


LG Electronics’ electronic face mask has been struggling for a year to be approved for sale in Korea despite being popular overseas — and even getting approving nods from Olympic athletes.

With luck, the mask may soon be able to sell locally with the help of the so-called regulatory sandbox program.

The LG PuriCare Wearable Air Purifier is a combination face mask and air purifier. Disposable filters are inserted in the mask to filter out harmful particles and bacteria, and a small fan helps air circulation, making breathing easier.


All members of Thailand's Olympics team were given second generation versions of the device, and wore them as they departed for the summer games in Tokyo on July 23. Chuang Chih-Yuan, a table tennis player on the Chinese Taipei team, uploaded a Facebook post on July 18 showing him wearing one. “Both health and the competition is important,” Chuang wrote.

The second generation of the wearable purifier will launch “in Thailand in August, with other markets to follow once approved by regulators,” according to the company.

Olympians overseas got the latest versions early on, but not their Korean competitors.

That's because they are from the 15 regions that sell the first model of the LG PuriCare Wearable Air Purifier, including Hong Kong, Taiwan, Thailand, Indonesia and Iraq.


LG Electronics has hopes of domestically launching the product soon. Safety guidelines for electronic masks are being developed, and once completed, the LG PuriCare Wearable Air Purifier will be able to hit stores.

Regulatory hurdles were the company's big problem over the past year.

People are obliged to wear masks in public places due to the pandemic, and if LG Electronics’ wearable purifier was not approved as a quasi-drug by the ministry, those wearing it would be considered to not be following government guidelines.


Ministry approval will also certify that the mask effectively protects users from bacteria and particulate hazards such fine dust.

The process took longer than expected, and LG Electronics withdrew their submission for ministry approval in February. The approval process is generally completed within 55 days and is given a 70-day limit if the product is new to the market and requires new guidelines. 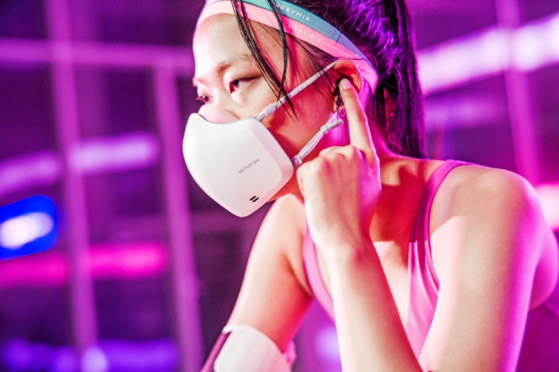 
With approval delayed, LG Electronics turned to the Ministry of Trade, Industry and Energy and applied for its so-called regulatory sandbox. The regulatory sandbox system allows new products or technologies to be exempted from regulations for a minimum of two years to encourage innovation.

According to industry sources, the trade ministry concluded that no particular extra regulations are needed, but announced that mapping out safety guidelines would help.

The Korean Agency of Technology and Standards, Ministry of Food and Drug Safety and other governmental institutions are currently under discussions over standards for electronic masks.

“Technology is developing fast, and receiving product approval keeps getting delayed and the regulatory sandbox program is the only institution to solve problems,” said Shin Min-soo, a professor of business at Hanyang University. “The government needs to develop a road map for each tech category so that new innovative products can quickly launch in the local market.”

The second generation LG Puricare Wearable Air Purifier weighs 94 grams (0.21 pound), 25.4 percent lighter than the earlier model. A built-in mic, voice amplifier and speaker is added, raising the volume of users' voices so that people can be heard through the mask.