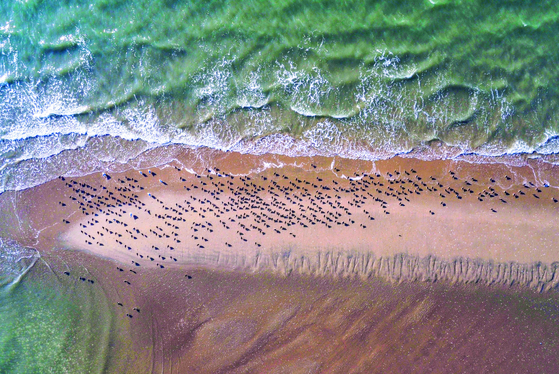 Seocheon Getbol in Seocheon County, South Chungcheong, is one of four tidal flats known as getbol, in Korea, which have been officially inscribed as a Unesco World Natural Heritage on Monday evening. [CULTURAL HERITAGE ADMINISTRATION]

The World Heritage Committee decided to list four tidal flats in the southwest of the Korean Peninsula on the World Heritage List at its 44th session, which took place in Fuzhou, China, but was streamed online amid the coronavirus pandemic.

The Cultural Heritage Administration (CHA) said the announcement is especially exciting as it follows over 10 years of intensive preparation which faced multiple hurdles.

In 2018, the Unesco World Heritage Center turned down Korea's application for getbol to be listed, citing a lack of information about the management authority and the exact area.

Then in May, the International Union for Conservation of Nature (IUCN), one of the advisory bodies to the World Heritage Committee responsible for examining natural heritages, deferred its evaluation of the getbol stating that “the IUCN recognized the global significance of the getbol for its contribution to biodiversity, but deferred recommending nomination prior to a major revision that would include the addition of further areas to both the property and its buffer zone.”

The IUCN’s evaluation has a four-tier system consisting of inscribe, refer, defer and not to inscribe.

Despite such an evaluation, the CHA said that “the World Heritage Committee elected to inscribe the getbol in recognition of its irreplaceable role in biodiversity conservation.”

“The committee members recognized the Outstanding Universal Value of the getbol as one of the world's most important stopover sites for migratory birds,” stated the CHA in a statement.

“While deciding on the inscription, the World Heritage Committee recommended that the State Party submit an additional nomination including further areas and prepare an integrated management system, both for consideration at the 48th session of the committee. It additionally suggested ongoing close cooperation with the international community regarding the protection of threatened migratory birds.” 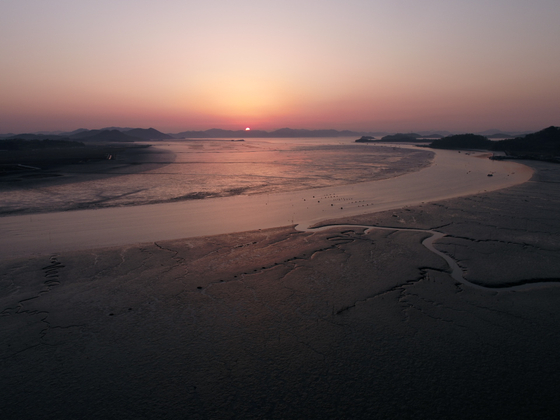 
“My agency is fully committed to closely cooperating with all relevant stakeholders to support the conservation of the getbol and to ensure the success of the Phase II nomination,” said Kim Hyun-mo, head of CHA after the announcement Monday evening.

“This inscription is an enormous additional step in safeguarding the intertidal mudflats of the Yellow Sea region, which contain the world’s largest intertidal ecosystem,” said Doug Watkins, the Chief Executive of East Asian–Australasian Flyway Partnership Secretariat. “Being a World Heritage Site means that these important wetland habitats will receive the highest level of protection.

Millions of migratory waterbirds, shared by the 22 countries of our flyway will benefit, including globally threatened species such as the Spoon-billed Sandpiper, Far Eastern Curlew, and Hooded Crane.”

With the inscription, the getbol now join 14 Unesco World Heritage sites in Korea. Among them, Jeju Island’s “Volcanic Island and Lava Tubes” was the only natural heritage in Korea after being listed in 2007. The other 13 are cultural heritages.