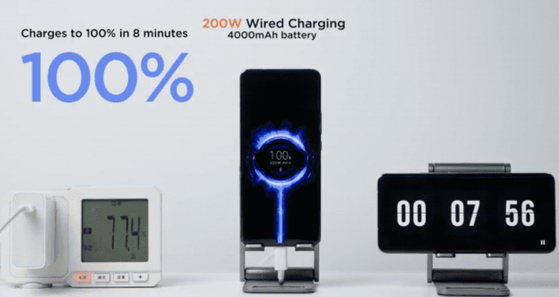 Xiaomi in June revealed Hyper Charge fast-charging technology through its YouTube Channel. The 200-watt charging system can fully charge its Mi 11 Pro smartphone with a 4,000 milliamp-hours battery in only eight minutes. [SCREEN CAPTURE]

Fast charging is the latest battleground in the saturated phone market, with Chinese companies leading and Samsung Electronics and Apple struggling to catch up.

Earlier last month, Beijing’s Xiaomi introduced Hyper Charge through its YouTube Channel. The 200-watt system can fully charge the company’s Mi 11 Pro smartphone with a 4,000 milliamp-hours (mAh) battery in only eight minutes. It takes 15 minutes with 120-watt charger, according to Xiaomi.

Its Mi Mix 4, which is scheduled for introduction next month, is likely to support 120-watt charging, according to multiple media outlets.

The fast charging battle is heating up in the smartphone market. Batteries are key for consumers choosing smartphones, along with cameras, displays and storage capacity, according to market tracker Strategy Analytics.

Huawei’s P50 series, which will be introduced on July 29 at a press event, is reported to have a 100-watt fast charger, which would charge the phone in 20 minutes. Shenzhen’s Honor is rolling out it Magic 3 next month, and it is expected to come with 100-watt charging technology. 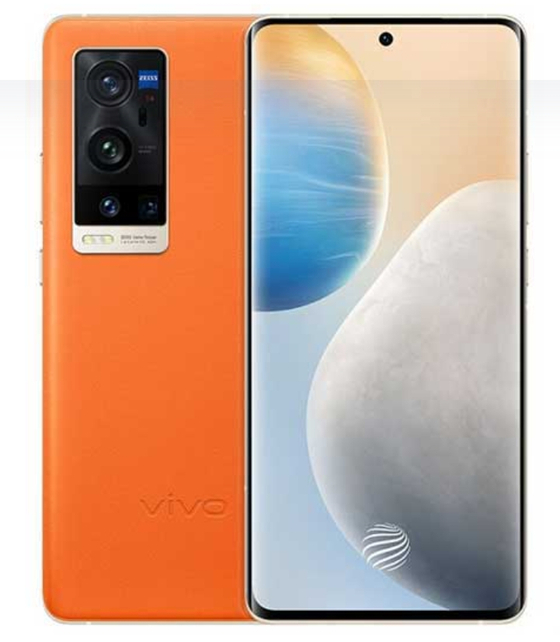 Vivo’s iQOO 8, which is slated to launch next month, is expected to bring 160-watt fast charging that can fully charge the smartphone in 12 minutes. [SCREEN CAPTURE]


“Chinese phone camera and display technologies are second to none in the industry,” said a source in the industry. “Chinese companies are considering fast charging technology as the key marketing strategy.”

Samsung Electronics and Apple fall short of Chinese companies in terms of fast charging technology. The Samsung Electronics Galaxy Z Flip 3, which is expected to be released in the market next month, reportedly has 15-watt charging. It will take about 90 minutes to fully charge a smartphone with a 3,300-mAh battery.

“Unlike China, Samsung and Apple are quite conservative in battery charging technology,” said a source from the industry. “It seems like Samsung still recalls the trauma of Galaxy 7 fires in the past.”

It is highly likely that the two companies will adopt faster charging technology in the near future.

Amsterdam, Netherlands-based IT media outlet LetsGoDigital said in a recent report that the Samsung’s S22 will support 65-watt charging.

Chinese phone makers are the leading movers in the industry. U.S-based The Verge reported that Vivo’s iQOO 8, which is slated for release next month, will have 160-watt fast charging, which will fully charge the smartphone in 12 minutes.