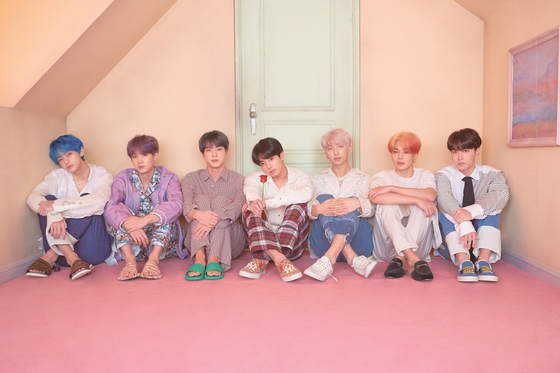 
Five of BTS's songs have been certified platinum, gold and silver by the Recording Industry Association of Japan (RIAJ) for June 2021, according to the association on Wednesday.

The RIAJ certifies songs with over 30 million streams as silver, 50 million as gold, 100 million as platinum and 500 million as diamond. The list is updated every month on the association’s official website.

Meanwhile, BTS's recent Japanese album "BTS, The Best" has sold 1 million copies one month since its release on June 16, making it the first million-selling album certified by the Recording Industry Association of Japan (RIAJ) this year.