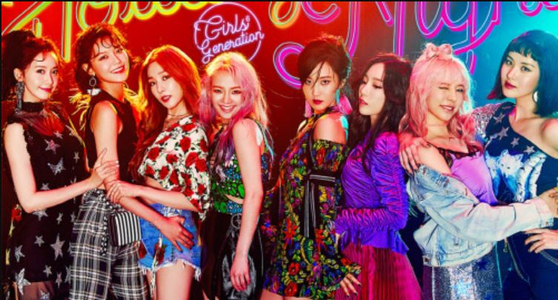 
Excitement is growing among fans of Girls’ Generation as media reports swirl that the eight members of the girl group will gather for the first time in four years to appear on tvN’s entertainment program “You Quiz on the Block.”

Local media outlet News1 reported Wednesday that the entertainment show is “currently adjusting schedules with the members to shoot the show.” The date when the episode will air has yet to be decided.

Insiders said it is highly likely that filming will take place in early August as the production crew of “You Quiz on the Block” are currently self-quarantining after one of the staff tested positive for Covid-19.

This year marks the 14th anniversary of the girl group's debut. The last activity the group took part in altogether was an appearance on JTBC’s “Men on a Mission” in 2017.

After Tiffany, Sooyoung and Seohyun left SM Entertainment in 2017, the members have been busy pursuing solo careers.