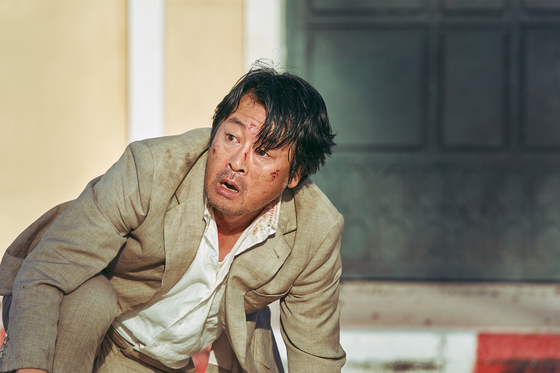 In Mogadishu, the capital of Somalia, in 1991, stranded North and South Korean embassy workers come together for the sole purpose of escaping alive from the ongoing war in the country.


At the press screening last week, Ryoo said he was intrigued by the project when it was first pitched to him by production company Dexter Studio. The director added that after doing his own research he became even more mesmerized by the real characters and what they had to endure to escape from Mogadishu.

“It was an extraordinary set of circumstances that the workers were in, and I racked my brains to properly portray the desperation, desolation, and the horror they felt,” Ryoo said. “We also tried to avoid overlooking the emotions of the individual characters because of the huge scale of the filming. I thought hard about how I could make the audience focus on the characters and their mindsets.”

The film was a turning point for the director in terms of his perception of North Korea, which he had previously formed while working on "The Berlin File.”

“After ‘The Berlin File,’ I heard some feedback that the audience couldn’t properly understand the North Korean accents,” Ryoo explained. “My takeaway from those responses was that the younger generation today view the country differently [from the prior generation]. [They see] North Korea as a different country and don't see they need to unify the two countries once again. When I was younger, I would frequently hear North Korean accents and their words via mass media. Of course, the country still frequently pops up in pop cultural references, but mostly to induce laughs for entertainment. What was interesting for me was that Mogadishu, our main stage of the event, is still a city still off-limits, but so is Pyeongyang in North Korea. So I believed that it was proper to view North Korea as an entirely independent, separate country for this film.”

Because Somalia’s Civil War is still ongoing, the film was shot in Morocco over four months in the latter half of 2019, before the Covid-19 pandemic. The Korea JoongAng Daily had the chance to interview the two actors who took on the lead roles, Kim Yoon-seok, who portrayed the South Korean ambassador Han Shin-sung, and Huh Joon-ho, who portrayed the North Korean ambassador Rhim Yong-soo. During the interview, the pair discussed their respective characters and the behind-the-scenes of filming overseas and working with hundreds of foreign actors. 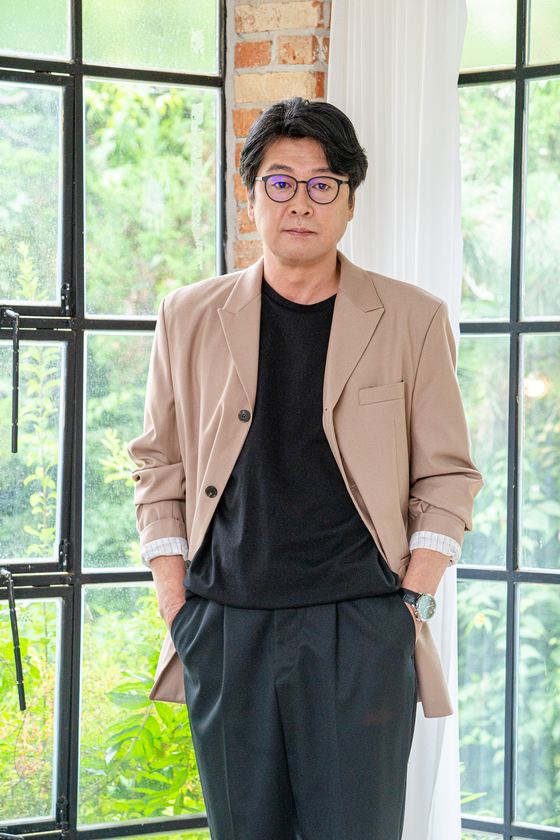 
A project for Hollywood

Actor Kim Yoon-seok’s interest was immediately piqued when he read the script for “Escape from Mogadishu,” but his excitement was almost instantly clouded by doubt.

“I first sat down with the director and we talked about whether it would actually be realistically possible for the film to be created,” Kim said. “This project was at a scale I've never seen before — we needed art directors to set up the entire city, and where would we find a few hundred foreign actors to roam those streets for the film? It meant months of auditions to single out African actors and they had to be provided with meals and accommodation for months. This is a project for Hollywood — at first I thought it would be almost next to impossible. But when I met Ryoo, he really had thought of everything, and was prepared for anything. I still look back [on those days] in wonder, as in, how did we ever manage to pull this off?”

In ambassador Han Shin-sung, Kim saw a glint of heroism from an ordinary character in extraordinary circumstances, a trait which the actor believes made the role the most attractive in the entire film.

“It was actually the reason why I chose this film,” Kim said. “Generally, in this kind of genre, the easiest path would be to tell the story through the narrative of a hero with exceptional talents and skills who comes to the rescue and saves everyone at the end of the day. But this film did not take that path.

“He [Han] and I are similar in the sense that we are ordinary,” Kim said. “It’s rare to find people who enjoy doing heroic things in their daily lives. Most of us want to lead quiet lives and remain as undamaged as possible — sometimes we can be very indecisive, sometimes we miss things, sometimes we are stubborn, and sometimes we can be frivolous or careless enough to make mistakes. However, they’re glitches which derive from the fact that we are humans, rather than considering them as weaknesses. There’s a lot of those qualities in Han. How we differ, of course, is our circumstances. The predicament the characters are in is drastic and dramatic to the point their lives are in danger. The extraordinary actions that come from such a mundane character — who doesn’t possess any special skills or talents — are due to the cooperation and interaction with people around him. That, I think, is the appeal of this film.” 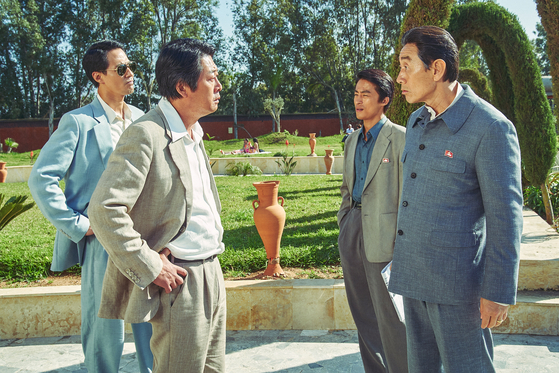 Kim, left, and actor Huh Joon-ho who portrays the ambassador of North Korea to Somalia, briefly meet before the advent of the civil war in Somalia. [LOTTE ENTERTAINMENT]


The actor seemed wistful at the mention of his time in Morocco, during which all the actors and crew stayed in one hotel and dined, explored and spent their free time together for the duration of filming.

“The city was near the sea, and all the actors, including Zo In-sung and Huh Joon-ho, freely roamed around because nobody recognized us,” he said. “We would throw on sweatpants and walk around — and we didn't have to wear masks back then. The city’s air was very clean too, without any of the fine dust [that Seoul often suffers from]. I miss that place.”

Kim elaborated on the experience of working with an ethnically diverse cast.

“For the majority, English wasn’t their mother tongue,” he said. “They were from all over the continents, and spoke Spanish, French, German and more. So the crew had to translate their directions through multiple steps for every scene, all the while controlling the set with a few hundred actors. Martial arts director Yoon Dae-hwan created an action school in Morocco to shoot some of the scenes.

Kim praised the dedication that the foreign actors showed on set.

“The one that I remember the most is Kenyan actor Peter Kawa, who portrayed the police who threatened us,” Kim said. “Kawa played a police officer who would threaten us while constantly smoking. He was extremely passionate on set. He doesn’t actually smoke, so I could only imagine how difficult it must have been for him, but he endured. Another is Italian actor Enrico Ianniello who portrayed the Italian ambassador. We just talked briefly while we were on the set, but I could sense that he is a talented actor.”

Kim said he felt a particular camaraderie with the Korean characters, regardless of if they were from the North or the South.

“There is a line in which Rhim says, ‘As of now, our fight’s purpose is survival,’” Kim said. “Imagine being in a far away African country where people are dying all around you and you constantly hear gunshots 24/7. Two groups of people who speak the same language meet up to get through the war. They put their differences aside to work together to survive.”