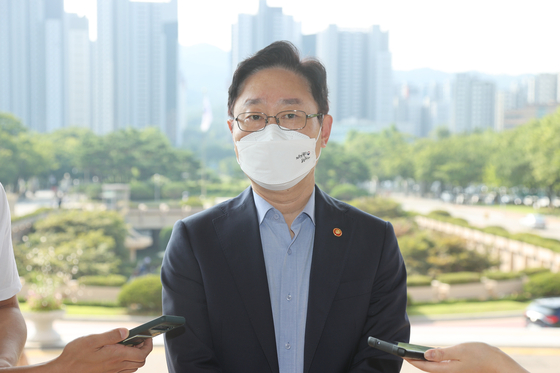 "There is practically no time," Park said when asked about the possibility of President Moon Jae-in granting special pardons to his two predecessors next month. There is a tradition that presidential pardons and paroles are granted on important political anniversaries such as Aug. 15, Liberation Day.

Over the past months, Park and Lee have been in and out of prison for medical treatments. 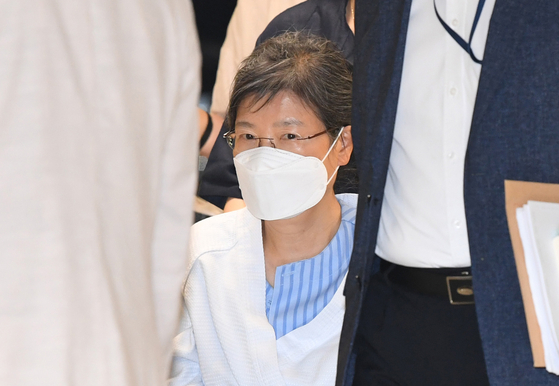 In this file photo, former President Park Geun-hye is being admitted to Seoul St. Mary's Hospital on July 20. [YONHAP]


Park was admitted to Seoul St. Mary's Hospital on July 20 for follow-up treatment for her shoulder surgery and back pain. She remained in the hospital as of Wednesday.

Lee was admitted to Seoul National University Hospital on Tuesday and remained there as of Wednesday. 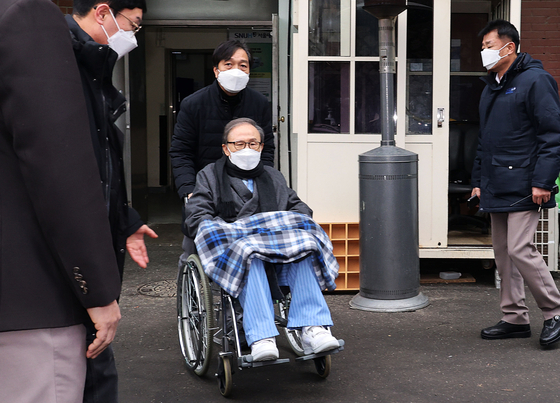 In this file photo, former President Lee Myung-bak, in a wheelchair, leaves Seoul National University Hospital on Feb. 10 to return to Anyang Correctional Institution after two-months of medical treatment. [YONHAP]


After they were recently admitted to hospitals, speculation grew that Moon would grant them special pardons for their health conditions and old age. Lee is 79 years old and Park is 69.

"Granting special pardon is a presidential prerogative, but I have not received any order from him," Justice Minister Park said Wednesday. "To grant special pardons to [Lee and Park] on Aug. 15, we need to hold a review committee in advance. But there is not enough time because the summer vacation period already started and there has been a resurgence in Covid-19 infections."

Meanwhile, an association of former lawmakers said Wednesday that it has sent a letter to Moon to grant special pardons to former Presidents Lee and Park for the sake of political unity and to jailed Samsung leader Lee Jae-yong so that the country can maintain its competitiveness in the semi-conductor industry.

The Parliamentarians' Society of the Republic of Korea said it sent the letter on Friday. It is the association's second letter to Moon requesting special pardons.

Samsung Electronics Vice Chairman Lee is in jail for bribing Park during her presidency. He has less than 13 months left in a sentence of two and a half years, and sources have said the Moon administration has started a process to release him on parole next month.

If Lee is released on parole, he would still be barred from running Samsung under the employment and travel restrictions, which could be lifted by the justice minister.

If Lee is granted a pardon, it will effectively render the conviction as null, and all his rights and status will be restored as normal.