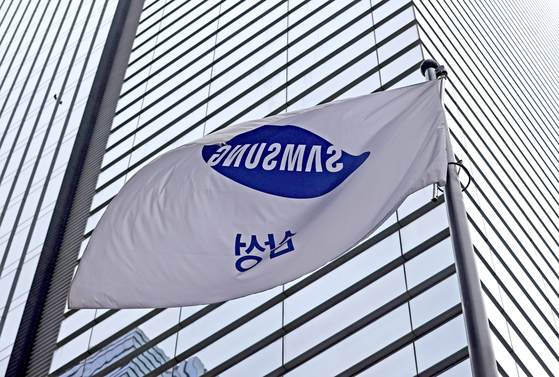 
Samsung Electronics reported a 73.44 percent surge in net profit during the second quarter as a solid performance in the semiconductor business balanced relative weakness in smartphones.

The Suwon, Gyeonggi-based electronics maker announced that it will be executing “meaningful mergers and acquisitions in artificial intelligence, 5G and the auto sectors over the next three years,” following the earnings release on Thursday.

The chip business led with strong results across the board, in memory chips, microprocessors and contract chip fabrication.

The semiconductor business generated 6.93 trillion won in operating profit, up 27.6 percent on year, the most since the fourth quarter in 2018.

“The semiconductor business achieved a significant improvement in earnings as memory shipments exceeded previous guidance and price increases were higher than expected, while the company strengthened its cost competitiveness,” Samsung Electronics noted in a statement.

The company expects robust chip demand to continue through the second half as a global shortage of chips continues.

“Looking to the second half of the year, supply problems for components may persist, as well as risks from variants of Covid-19 viruses and geopolitical tensions,” the company said. “However, the memory market’s fundamentals remain strong on increasing 5G adoption and sustained demand for servers and PCs.”

The company will use Gate-All-Around (GAA) fabrication processes for the manufacturing of 3-nanometer chips from 2023 in order to close the yield gap with Hsinchu, Taiwan’s Taiwan Semiconductor Manufacturing Company.

The smartphone division generated 3.24 trillion won in operating profit, up 66.1 percent on year, but it was no longer the biggest contributor to the company’s earnings. It had been in the first quarter.

The consumer electronics business generated 1.06 trillion won in operating profit in the second quarter, up 45.2 percent on year.

LG Electronics reported a 65.5 percent rise in operating profit on year, led by strong sales of consumer electronics products, but it lost 113.6 billion won on a net basis as it discontined its mobile phone business. The phone business has accumulated loss of 5 trillion won.

This is the highest ever sales for a second-quarter and also the first time for the company to exceed 1 trillion won in operating profit for two straight quarters.

In the first half, sales totaled 34.93 trillion and operating profit 2.88 trillion won, a record.

The home appliance and air solutions division led, with 6.81 trillion won in sales and 653.6 billion won in operating profit.

The home entertainment division, which includes televisions, generated sales of 4.47 trillion won and operating profit of 333.5 billion won, up 79.1 percent and 216.4 percent, respectively.

LG Electronics said it expects a recovery in the global economy in the latter half of 2021. Vaccination rates are increasing globally, but uncertainties remain due to the variant viruses and monetary policy confusion.

“LG Electronics will strive to achieve more sales through market domination with its mainstay home appliances and television businesses,” the company said in a press release.