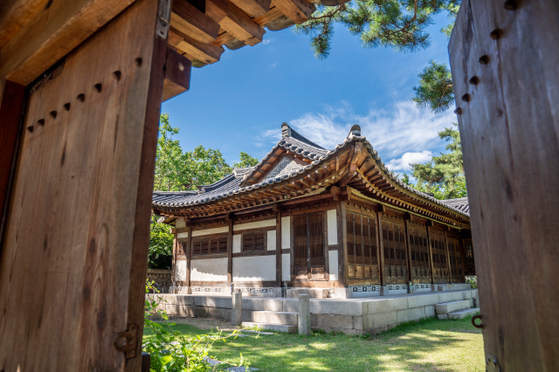 Lee Jong-seok’s summer house in Seongbuk District, northern Seoul, is estimated to have been built around 1900. [SEOUL TOURISM ORGANIZATION]

Unless you plan on going somewhere with a cold stream that you can jump into to get some relief from the scorching heat, staying close to places that offer air-conditioning is the safest way to ensure some comfort during the summer months.

Some athleticism is required to explore Northern Seoul’s Seongbuk District due to its steep uphill roads, but this also means that fewer people tend to visit the area, which is a bonus during the pandemic when many search for less crowded places to visit. The Seoul Tourism Organization is currently shining a spotlight on the area.

The district is filled with many different hanok, traditional Korean homes, many of which have been overgrown by nature. Here, you can see many different styles of hanok in different sizes and also see how they can be used for different purposes.

Gilsang Temple is an example of Korean architecture that also offers some nature. To many people’s surprise, the temple is located in the middle of residential area, but inside the complex are many trees, which provide shade throughout the day, and a small waterfall.

The temple makes use of some of the buildings that used to be part of one of the most well-known restaurants in Korean history where women staff served guests, called Daewongak. Then-restaurant-owner Kim Young-han read Beopjeong Sunim or monk Beopjeong’s book “Without Possession” and then donated the premises of the restaurant to build the temple.

Although it is a Buddhist temple, it often attracts many non-Buddhists as well. Beopjeong Sunim wished for harmony between people of different religions and hoped the temple could act as an outdoor space for anyone seeking some peace of mind.

Not too far away from the temple is the Korea Furniture Museum, known as a place to experience all things related to Korean craftwork. However, due to the pandemic the museum is temporarily closed until Aug. 7. Also closed until Aug. 2, is the Korean Stone Art Museum, which houses works made with or inspired by local stone.

Seongbuk Museum of Art is open if you are looking to learn more about some of Korea's more modern heritage. 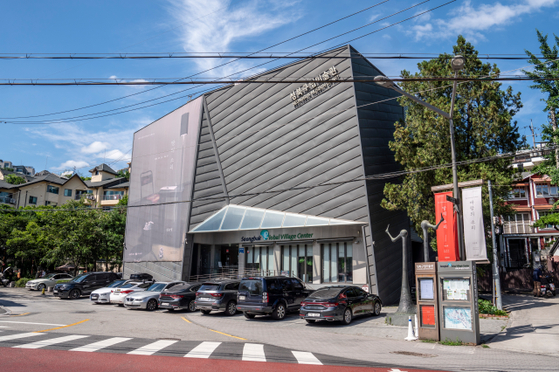 
Tea house Suyeon Sanbang is the perfect spot to take a break and rehydrate. It used to be home of novelist Lee Tae-jun, and was a gathering place for literary experts in the early 1900s. It’s been operating as a tea house since 1998, and is known for its sweet pumpkin bingsu, or shaved ice.

Steps away from Suyeon Sanbang is Lee Jong-seok’s summer house. Lee is known to have made a fortune from selling salted shimp in Mapo, western Seoul, and then built the home around 1900. A church bought the building in 1985 and uses it as its training center. 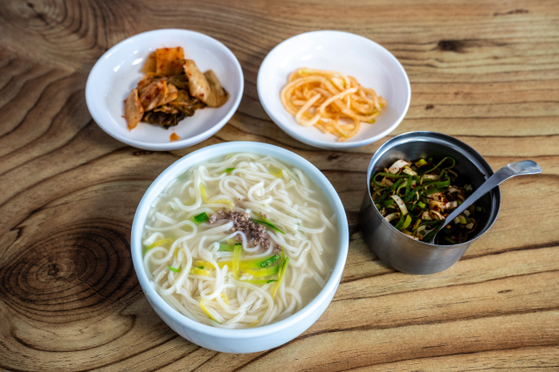 
Hungry souls can find places to fill their stomachs on a street known as “Noodle Road,” which runs from Suyeon Sanbang to Hansung University Station, line No 4. About 27 different restaurants specializing in different noodles ranging from buckwheat noodles to Korean kalguksu, or knife-cut noodles, Vietnamese pho, Italian pasta and Japanese udon are lined up. Kalguksu restaurant Guksijib, close to exit No. 5 of the subway station is particularly popular thanks to its flavorful beef broth. Near exit 6 is Gupo Guksu, known for its noodles in anchovy broth.

The Korea Tourism Organization wants people to relax in nature. For those looking for a beach getaway but concerned about the crowds, Nagok Beach in Uljin is ideal. 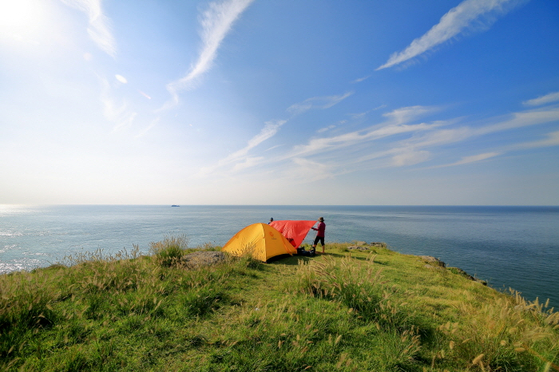 
Avid hikers should check out Soejeongol valley trail in Milyang, South Gyeongsang. Water runs along the valley so there is always a spot to dip your feet and cool down.

For a spot to camp overnight, check out Jinan Gowon trail in Jinan, North Jeolla. Its trail No. 9 is particularly popular thanks to its uniquely shaped rocks. Closer to the Seoul metropolitan area is Incheon’s Guleop Island in Ongjin County, which many  avid backpackers consider a must-visit spot.