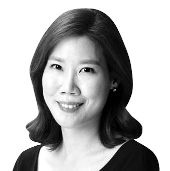 Lee Yoon-jin
The author is a professor of social welfare at Seowon University and former deputy member of the Korea Institute of Child Care and Education.


The debate over the abolition of the Ministry of Gender Equality and Family is heated. According to Article 42 of the Government Organization Act, the ministry oversees women’s policies, promotion of women’s rights and handling youth and family policies. More specifically, the ministry undertakes tasks related to gender equality, youth and family policies, prevention and supports for victims of prostitution, sexual violence and domestic violence.

Why is the ministry at the center of controversy over its existence? While some say the controversy came from a populist approach ahead of the election, the fundamental cause may be found in the incompetency of the ministry. Some argue that organizational restructuring is necessary for efficiency of the oversized government organization. Above all, the ministry invited criticism of itself with lukewarm responses to the sexual violence by political bigwigs. After the scandal related to the late Seoul mayor’s sexual offenses broke last year, former minister Lee Jung-ok said it offered an opportunity for the people to collectively learn about gender awareness and sensibilities.

The Ministry of Gender Equality and Family is not an agency teaching people about feminism. It is an organization to realize the value of the constitution that recognizes women as socially disadvantaged. The ministry must reflect on its role and review the reasons why the controversy over its existence has resurfaced. The ministry needs to have fundamental contemplation on what it must do in order not to be considered an inefficient organization representing interests of a specific group.

The most notable work of the ministry is promoting gender equality and family policy. But these functions mostly overlap with welfare tasks. For instance, home care is overseen by the ministry while institutional care is under the jurisdiction of the Ministry of Health and Welfare. The inefficiency of children being under the Health and Welfare Ministry and adolescents under the Ministry of Gender Equality and Family should be resolved. Why family affairs and gender equality should be handled by a separate ministry also should be reviewed.

Gender equality is a task that has to be continuously pursued as it is difficult to determine when it will be achieved.

Gender equality policies led by the ministry — such as the female quota system and reinforced women’s representation — cannot address it. According to a Bank of Korea report, the employment rate of married women decreased more than that of men during the Covid-19 pandemic, and their unemployment rate was higher than men. The report cited the childcare burden of women as the reason. Less than 30 percent of men take childcare leave.

Last year’s survey by Statistics Korea shows that 11 percent of men were employed in low-wage jobs in comparison to 26.1 percent of women. The indicator shows that we have not become a society of gender equality. I doubt whether the incompetent ministry can respond to the serious inequality. The Ministry of Education, and Ministry of Employment and Labor and other ministries have a gender equality officer and take women into consideration in every administrative and budget decision.

The existence of the Ministry of Gender Equality and Women should be approached as a matter of common sense rather than politics. The common sense should begin from practical guarantee of fairness and equity. Gone are the days when equality can be realized through symbolism.

I hope the ministry will do its part properly.

[VIEW 2035] Realizing the Nordic fantasy in the Korean fertility rate

Not dismantling but rearranging