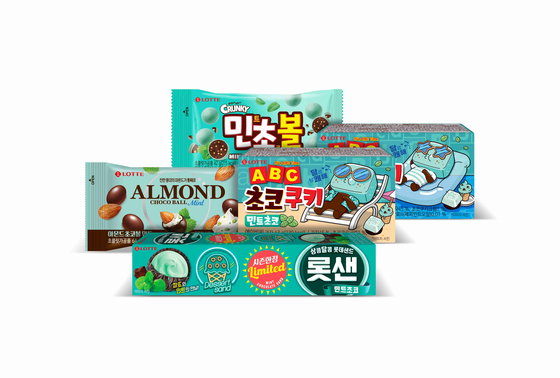 
Mint chocolate is tearing the country apart, and food companies couldn’t be happier.

The combination can be found in a wide range of products these days, including snacks, pastries, and even soju, but some Koreans find the flavor disgusting.

The standoff is being whipped up as a controversy online, with lovers and haters of mint chocolate squaring off with the requisite drama.

Celebrities are often asked to weigh in, and their opinions carry extra weight.

RM from BTS publicly said he doesn’t like mint chocolate, while singer IU and actor Lee Dong-wook said they do.

Food and beverage manufacturers are buying into the buzz.

Lotte Confectionery reintroduced a mint chocolate flavored biscuit late June. It had tried before, in 2013, but it had to pull the product due to a poor response.

Lotte Confectionery distributed 300,000 packs of the snack to retailers in a single month.

The company later decided to add the flavor to three other snacks, including ABC chocolate cookies, in July.


Orion, another snack manufacturer, featured the flavor in four of its popular snacks, including Choco Pies and Choco Songi.

They were released in July for limited runs.

“Millennials and Generation Z are strongly responding to mint chocolate these days,” said Cho Yun-mi, a spokesperson for Orion. “We created content on making mint chocolate snacks on our YouTube channel, and we received a lot of requests from viewers to market them.”

A total of 1.2-billion-won ($1.1 million) worth of the four snacks were sold in three weeks.

“A new release is typically seen to be a hit if its monthly sales surpass 1 billion won for a single snack,” Cho added.

A donut from Dunkin’, milk from Seoul Dairy Cooperative and Good Day soju from Muhak are some of the new releases that were introduced in the flavor earlier this year. 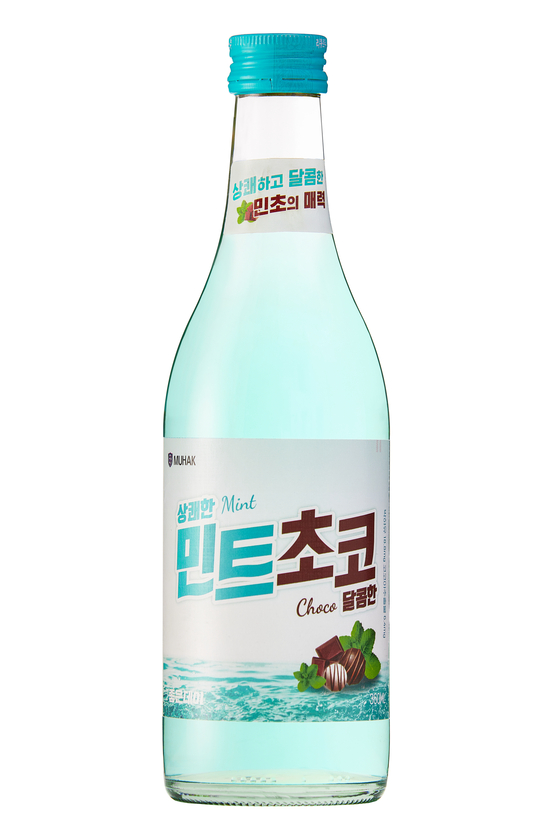 Sales of the flavored soju “have not yet been that strong since it was introduced in July,” said Cho Se-bong, a spokesperson for Muhak.

Around a million bottles of the soju were sold in three weeks since the launch.

The soju was initially designed for export to Southeast Asian countries like Malaysia, where Korean culture is well-received. But Muhak decided to distribute the product domestically too, targeting younger people with “strong curiosity,” Cho added.

Sales of mint chocolate-flavored snacks have jumped at Emart.

The retailer said on-year sales of products related to mint chocolate jumped 436 percent from January through July 18 on year.