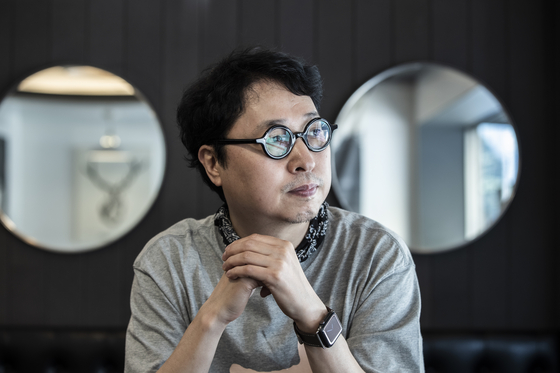 Behind recent hit music shows like JTBC’s “Super Band,” “Sing Again” and “Phantom Singer,” as well as SBS’s “Kpop Star” and “Fantastic Duo” and Mnet’s “Superstar K” series and “The Voice of Korea” is singer and songwriter Kwon Tae-eun.

Kwon, who used to be a music producer at JYP Entertainment, has worked as a musical director on most of the hit musical shows of the past decade. Kwon shadows almost the entire process each and every contestant on the show goes through, from choosing which songs to sing and how they rearrange them to fit their voice and style, up until they take to the stage to perform.

Thanks to his work helping many aspiring artists be discovered through TV shows, Kwon has managed to put together quite the line-up for his concert on Saturday.

“Lunch Song Project,” held on Saturday, was part of the three-day “Summer Breeze Festival” which ended Sunday at Lotte Concert Hall. Many of the talents who had worked with Kwon throughout the years, performed with him for the project which was described as “heartwarming acoustic music for people during lunch time.”

Singer-songwriter Kevin Oh, the season seven winner of “Superstar K” as well as winner of the first season of “Super Band” Hoppipolla, cellist Hong Jin-ho and many more joined Kwon to make his concert even more special.

The concert marked Kwon's first time to perform in front of a large crowd, apart from one other time two years ago when he performed for about 100 people. Kwon told the JoongAng Ilbo, an affiliate of the Korea JoongAng Daily, in an interview last month that he'd been too busy with the TV programs he was working on to plan a concert. Even after years of making different music shows, he still says there is so much left to learn.

“For some programs I have to really use up every bit of energy I have accrued, while for some others I can take a lot more than I give,” said Kwon. “The more hurdles there are, the bigger the sense of achievement I bring home is. And that helps me broaden my own musical perspective.”

He said one of the programs really close to his heart is “Phantom Singer.” He wasn’t sure if he could make the flow of the show work, but such doubt only led him to prepare even more to ensure the program would come together. For “Phantom Singer,” Kwon had to rearrange about 100 songs per season, unlike other series like “Superstar K” or “Kpop Star” which mostly use widely known pop music. 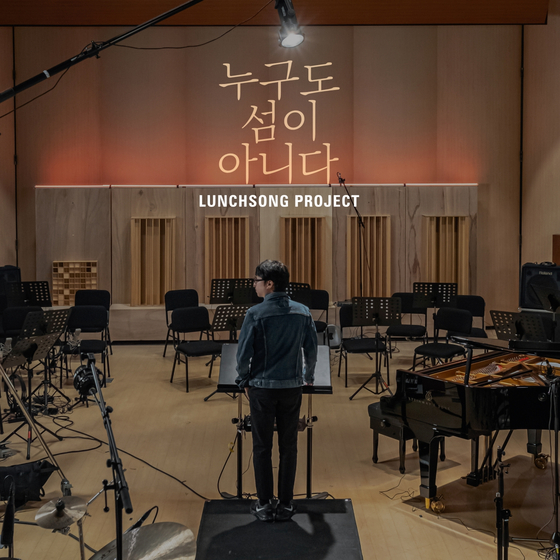 
“It wasn’t about how talented I was at rearranging songs because there were so many last minute changes on the day of filming to make a song that four people could sing together,” said Kwon.

For “Super Band,” because contestants rearrange their own songs, Kwon had to spend more time consulting with the singers and giving them advice on their choices.

Producers Park Jin-young of JYP and Bang Si-hyuk of Hybe both helped Kwon to hone his song-rearranging skills.

Kwon, while working at JYP from 2002 to 2008, helped compose many songs like “How to Avoid The Sun” for Rain and “Ordinary Day“ for g.o.d. Back then, Bang was the team leader and had only one team member — Kwon. While Park was more easy-going, Bang was detail-orientated.

“I stayed up multiple nights to make something that would end up being rejected by one or the other of them,” said Kwon. “Because of that, I was going back and forth between hot and cold, and did not grow any prejudices against any musical genres. They were really the foundation that helped me do what I do now.”

Kwon started “Lunch Song Project” after he left JYP. After focusing on more produced music, he returned to the acoustic genre. His very first EP in 2010 was titled “Acoustic Energy,” and his first album in 2013 was named “Acoustic Story.”

After he released his second album “No Man Is An Island" in November, whose title comes from a poem by British poet John Donne, he said he started to feel more responsibility to keep doing music especially as the coronavirus pandemic continues. Kwon said it feels like everyone is on their own island where it isn’t so easy to interact with others.

“Yet when you see the water, the ground underneath is still connected. I wanted to tell people that they shouldn’t feel so lonely,” he said.

Kwon has composed a new track especially for the concert. He collaborated with Hong Jin-ho and Kevin Oh to make “Longing.” The song is about the things that people miss in life.

“Sometimes I worried about my identity, whether it is weird that I do all genres of music or whether I’m just a mutant,” said Kwon.

“But now, I’m just happy that there are so many different people who join me on my musical journey. And as long as it is fun for [people] to watch contestants grow, such audition programs will continue.”