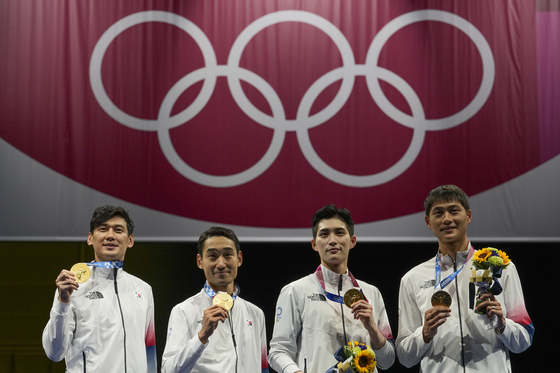 The Korean men's sabre team, from left, Gu Bon-gil, Kim Jung-hwan, Kim Jun-ho and Oh Sang-uk celebrate on the podium at the 2020 Summer Olympics on July 28 in Chiba, Japan. [AP/YONHAP]

The Tokyo Games marks a big return to form for Korean fencing with the team bringing home a total of five medals: One gold, one silver and three bronze medals. At the 2016 Rio Games, Korea only won two medals: A gold in men's épée won by Park Sang-young and a bronze in men's sabre won by Kim Jung-hwan. The best Korea has ever done was at the 2012 London Games, when the team won a total of six medals: Two gold, one silver and three bronze.

The first three days of individual bouts in Tokyo were disappointing for the Korean fencers, especially for the two foilists Jeon Hee-sook and Lee Kwang-hyun, whose only medal chances were in the individual events, but also for big names like world No. 1 sabrist Oh Sang-uk, London gold medalists Gu Bon-gil and Kim Ji-yeon, Rio Games gold medalist Park and world No. 2 épéeist Cho In-jeong. 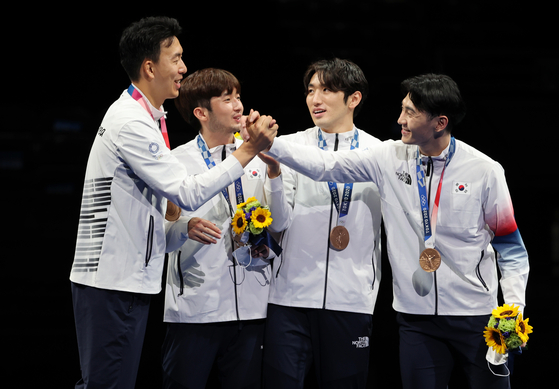 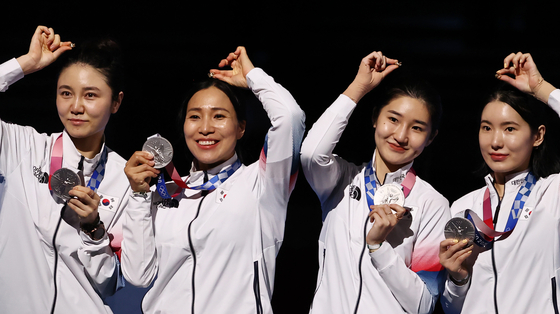 
However, from the fourth day on, Team Korea bounced back, medaling in every team event it entered: Gold in men's sabre, silver in women's épée, and bronze in both men's épée and women's sabre, demonstrating that Korean fencers are stronger as a team.

Except for the men’s team sabre gold medal match, where Korea outscored the Italians 45-26, all medals were won after a close tie or a huge comeback from the Korean side. In team events, the most demanding tasks like comebacks often lie on the shoulders of the last member of the team, who has to make up for the deficit or try to keep a surplus till the very end, while the opponent is also desperate to do the same. 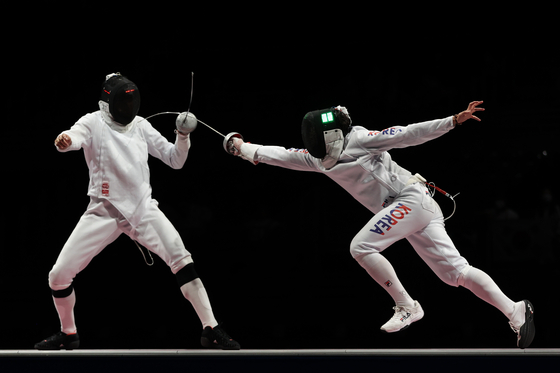 
In the men’s épée, Park was the one to carry that burden. Going into the last bout with a three-point lead, Park could have waited out the last eight seconds on the clock to end the match, but instead he fought on to the full 45 points, scoring eight points to China’s two to bring home his second Olympic medal and first team medal.

The biggest comeback of the Games was the women’s sabre team, who overpowered Italy, the second-best team in the world after coming back from a seemingly insurmountable 10 point deficit to a three point lead that won Korea’s first ever medal in the event with veteran sabrist Kim Ji-yeon finishing the job. 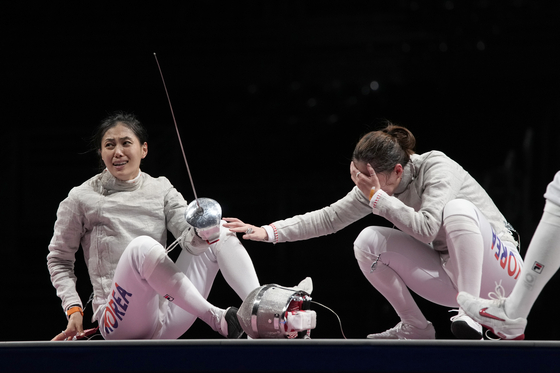 
The secret to Korea prevailing over the European fencers was their footwork, attained through rigorous training. As fencing is competed on a 14-meter piste, fencers take short steps up and down the piste, practicing to make their footwork fast but accurate. Fast footwork is what enables fencers to find the perfect distance and right timing to attack. It is often what makes up for the arm length or height difference between opponents.

Korea is growing into a fencing powerhouse, now having won a total of five gold medals, three silver and eight bronze in Olympic fencing to become the Asian country with the most gold medals alongside China. Korea will be looking to add on to this achievement at the 2024 Paris Games, hoping to gain some more individual medals as well.