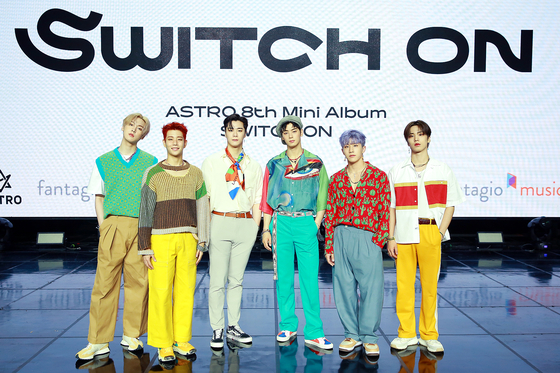 
Boy band Astro poses for a photo to announce the release of its eighth EP "Switch On" during an online press conference on Monday. All the members have contributed to the new EP, which consists of six songs, by writing lyrics and composing music. The members of the band, which celebrates the sixth anniversary of its debut this year, said that this album contains Astro's past, present and future. They said the title "Switch On" means that they are turning the fun switch on to entertain the world with their songs. [FANTAGIO]