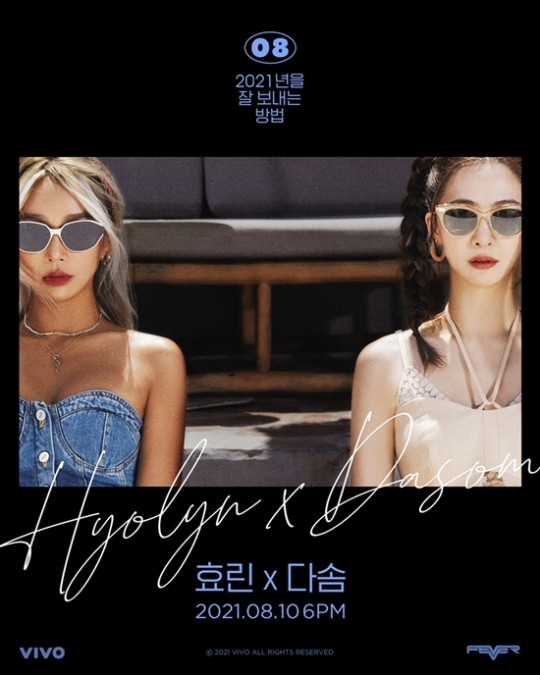 A poster for the upcoming collaboration between Hyolyn and Dasom, former members of girl group Sistar [ILGAN SPORTS]


Singers Hyolyn and Dasom, former members of now-disbanded girl group Sistar, have collaborated to release a song on Aug. 10.

The two are working on a project whose name can be translated to “How to Well Spend 2021” by content company Vivo. The project started in May and features new artists each month. Hyolyn and Dasom are the featured artists for August.

The new song, the title of which has yet to be released, will drop at 6 p.m.

Hyolyn continued her career as a singer while Dasom now focuses more on acting.

Hyolyn working on a summer album to drop next month