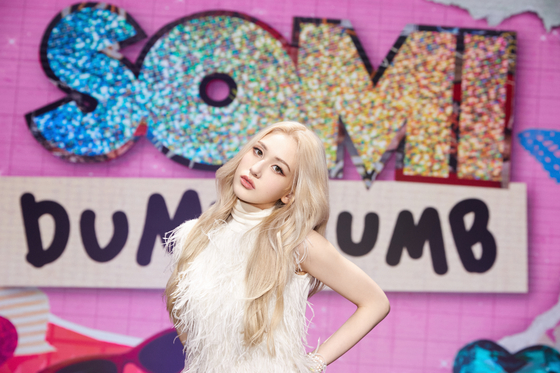 
Singer Jeon Somi has never felt so relaxed while preparing for the release of new music and cannot wait to show "all her different rainbow colors" on stage again after a year-long hiatus, she said during Monday’s online showcase for her new song “Dumb Dumb.”

“Dumb Dumb” is the singer’s third digital single and will drop at 6 p.m. today.

“While preparing for my previous singles, I was scolded a lot because I was new to the company [her agency The Black Label],” Somi said. “But preparing for ‘Dumb Dumb’ was the first time I felt so relaxed. Every step of the process went so smoothly, and I wasn’t scolded once. I think that’s because I’ve improved compared to a year ago, so I’m quite satisfied.” 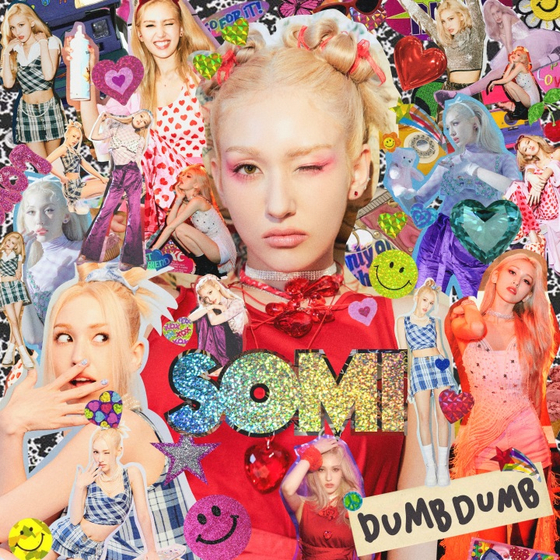 
“Dumb Dumb” is the singer’s first new music since her second digital single “What You Waiting For,” which was released in July of last year. Although Somi said she is slightly anxious to come back after quite a break, she added that she is much more excited than worried to be on stage again.

“I am a bit nervous because it’s been a year [since my last release],” said the singer. “I really missed the stage, and I can’t thank my fans enough for waiting for me to come back.

“I’ve prepared myself so much during the past year that I am full of expectations and excitement. Since the preparation process was so smooth, I’m wondering how much I will enjoy performing on stage and how happy I’ll be.”

Somi went on to explain that “Dumb Dumb” is a song about a girl who has developed a crush. The track begins with a cutesy melody and lyrics accompanied by a catchy whistle riff throughout. The opening of the music video is full of pastel tones and is set in an American-style high school — an aesthetic called “high teen” that is popular in Korea right now.

But when the chorus hits, the track takes a turn and Somi proclaims to her love interest that she is actually “dancing on the top of your head, you dumb dumb.”

“These are two very different concepts, and [the song’s producer] Teddy did a good job merging the two,” said Somi. 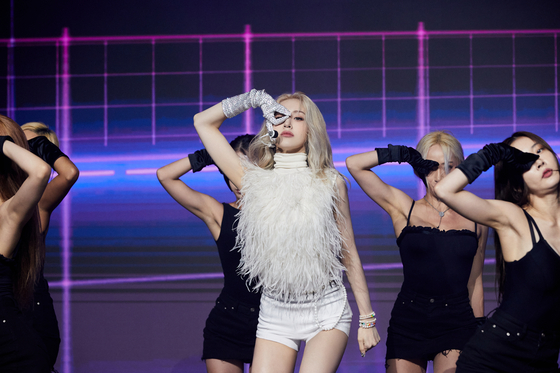 
She added that Teddy even suggested the signature move of the song's choreography — the singer forms a mask with her fingers, which symbolizes the contrast in her demure and confident sides. Somi said she liked the suggestion so much that she instantly decided it would be the key dance move.

“Teddy asked, ‘That was just a suggestion, shouldn’t you take a bit more time thinking?’ But I loved his first suggestion so much, I bit into that idea and didn’t let go,” the singer laughed.

Somi's career kicked off after she finished first in season one of cable channel Mnet’s popular audition program “Produce 101” (2016) and formed girl group I.O.I with 10 other finalists from that season.

The group disbanded in early 2017, and in 2018 she signed with The Black Label, an affiliate of YG Entertainment founded by the K-pop powerhouse’s star producer Teddy. But it was not until mid-2019 that she was able to make her official solo debut with her first song “Birthday.” In short, Somi is no stranger to long hiatuses and waiting patiently.

“I spent the past year practicing and recording a lot of songs apart from ‘Dumb Dumb,’” the singer said when asked what she has been doing over the past year. “We’ve finished all the recording process, and there’s a lot more coming.” 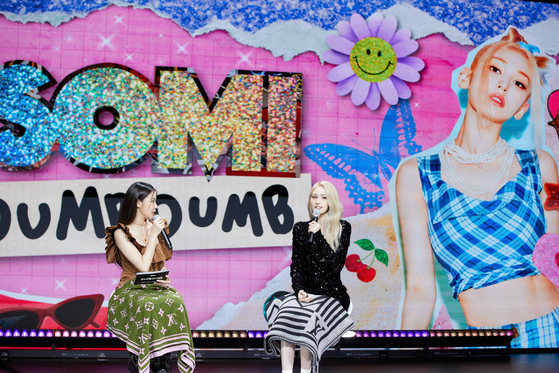 Somi sat down to discuss her new song with JooE of girl group Momoland, the emcee of the showcase. [THE BLACK LABEL]


In May, Somi reunited with former fellow I.O.I members for an online meet-and-greet “I.5.I - Yes, I love it!” which celebrated the fifth anniversary of the group’s debut.

“I had a happy and wholesome time during the reunion,” she said. “I’ve been meeting up with [former I.O.I] members quite often apart from the meet-and-greet. Whenever I’m with them, I share the songs I’m working on. Then they always ask me when it’s going to be out and tell me that they want to add it to their playlists as soon as possible and that they love my songs. They always boost my confidence.

“I hope people also like my new song and find it unique. I want them to dance along and enjoy themselves too.” 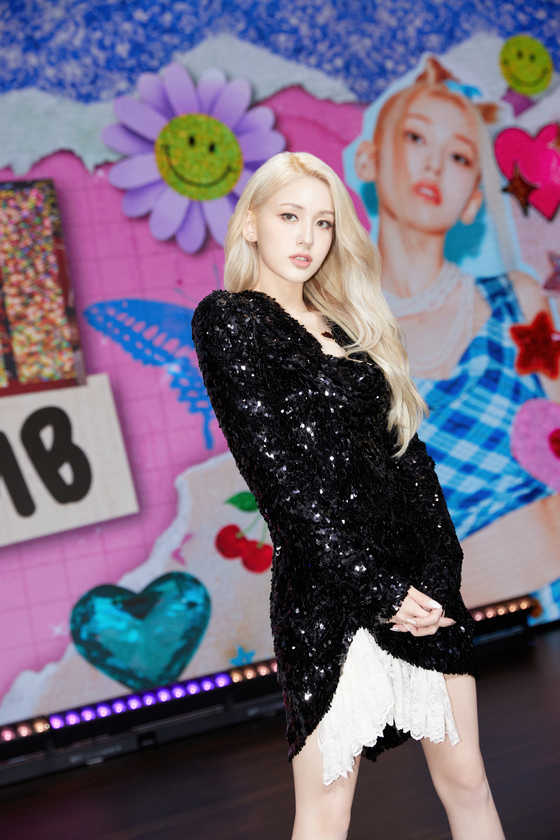 
As she mentioned, there is more to come from Somi this year. The singer said she strives to show a different side with each track she releases.

“'Dumb Dumb’ shows the mature and powerful side of me, more so than my previous albums,” she said. “I’m always trying to show a new color of me, instead of designating a signature color for myself.

“‘Birthday,’ ‘What You Waiting For’ and ‘Dumb Dumb’ are all such different songs. By the end of this year, you’ll be able to see even more sides of me. So rather than having a signature color, I want to be a rainbow with all the colors.”