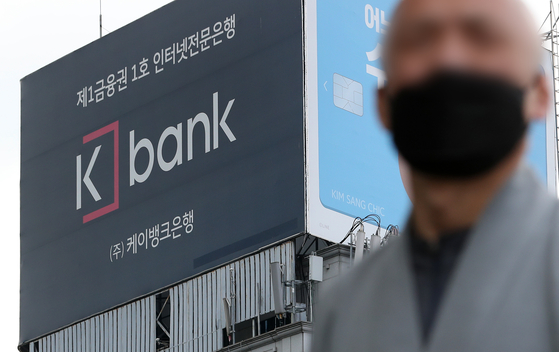 In the second quarter, the internet-only bank’s net profit was 3.9 billion won ($3.5 million), according to a preliminary report, compared to a 44.9-billion-won net loss in the same period a year earlier.

K bank, 34 percent owned by BC Card, has lost money every year since it was founded in 2017, with the losses growing steadily.

K bank said 4 million new users have been added to its service in the first half as investors flocked to the internet-only bank to invest in the cryptocurrency market through Upbit.

K bank provides accounts for Upbit in an exclusive arrangement, and investors must use the bank to invest via the exchange.

They signed the partnership in June last year.

K bank had a total of 6.28 million users as of late July, with most of its users in their 20s and 30s, according to a report from Samsung Securities.

Underperformance in the cryptocurrency market may have slowed K bank’s growth, with the increase in user numbers falling in recent months. The number of users in July was up 1.5 percent from June. It added more than 10 percent on-month to 6.05 million users in May.

K bank is projected to generate 15.9 billion won in net profit this year, according to analyst Kim Jae-woo from Samsung Securities.

Kim added that low interest rates and surging housing prices, and the major initial public offerings in the second half, will drive demand for loans.

K bank aims to go public by 2023, according to local media reports.