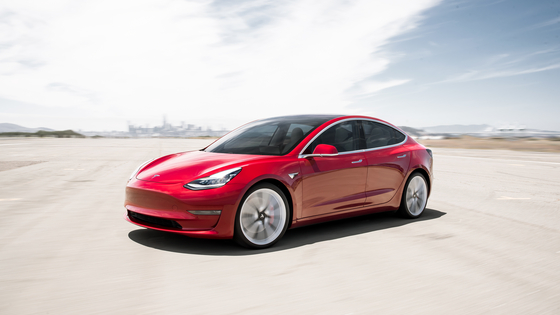 Tesla Korea has stopped selling its most popular car in Korea due to the lack of inventory.

On the company’s Korean website, the order button for the Model 3 long-range version has been disabled.

“Due to supply shortages, orders for the Model 3 Long Range will be taken again in 2022,” a notice on Tesla Korea’s webpage read Tuesday.

Two other versions of the Model 3 — the Standard Range Plus and the Performance — were still available for online orders. 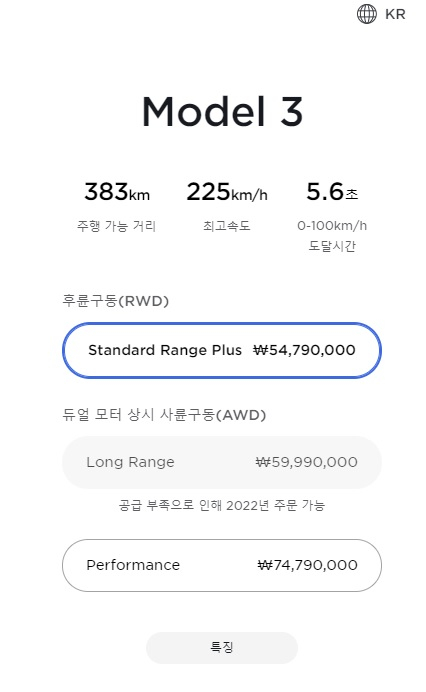 Tesla's Model 3 is a dominant player in Korea's electric vehicle (EV) market. The company delivered 6,275 in Korea in the first half, making it the most sold EV model in the country.

Of that figure, 87 percent were the long-range version, which is certified for 446 kilometers of driving per charge by the Korean Ministry of Environment.

Tesla suspended operation at its Fermont factory in California early this year for a couple of days due to chip shortages. The U.S. factory is where the Model 3 for the Korean market is being manufactured.

In a conference call in July, Tesla CEO Elon Musk noted that the global chip shortage "remains quite serious."

The Model 3 long range version is still being sold in major markets, including United States, Europe and Japan, although wait times are longer than normal.

Delivery of the Model 3 Long Range will take 12 to 16 weeks in Japan, according to Tesla’s local website, while in the United States it will take 8 to 14 weeks.

The Model 3 long range version has also been removed from Tesla's Chinese website.