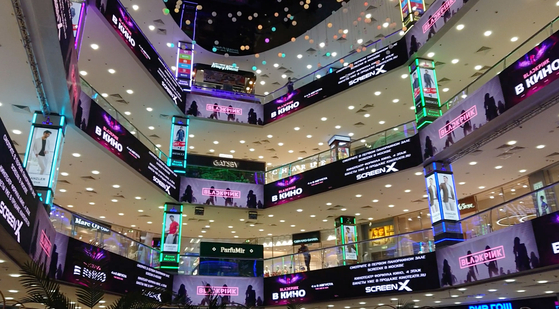 Digital billboards in a shopping mall in Russia display promotions for “Blackpink the Movie,” a film celebrating the fifth anniversary of girl group Blackpink’s debut, set to premiere on Wednesday. The movie will be released in approximately 100 countries and 3,400 theaters. [CJ 4DPLEX]