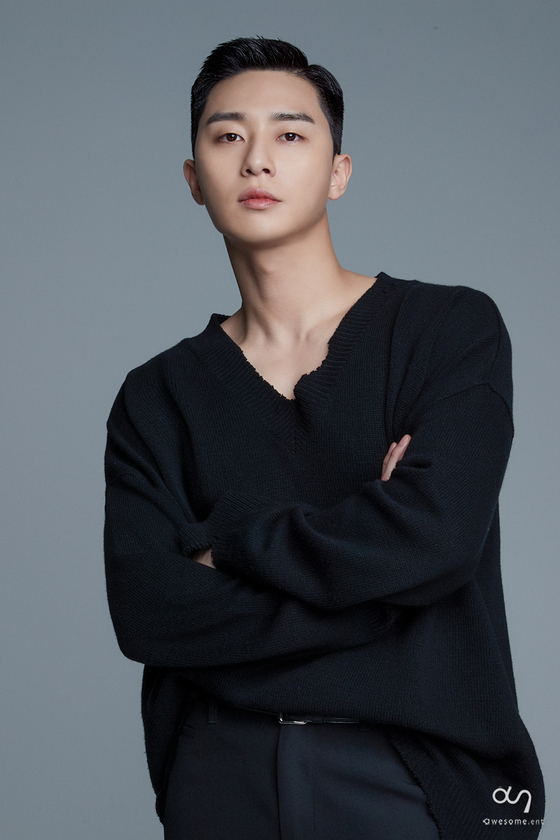 
Actor Park Seo-jun may be starring in "The Marvels," which is part of Marvel Comics' Marvel Cinematic Universe (MCU), according to an update on film database IMDb.

As of Tuesday, Park is listed as a cast member of "The Marvels," set to be released in November of 2022, on IMDb. Park's name appears fourth on the list, and considering that IMDb tends to list actors in an order based on the importance of the role, this may suggest that Park will play a significant role in the film.

Actors Brie Larson, best known for her role as Captain Marvel, Zawe Ashton and Teyonah Parris are listed before Park. 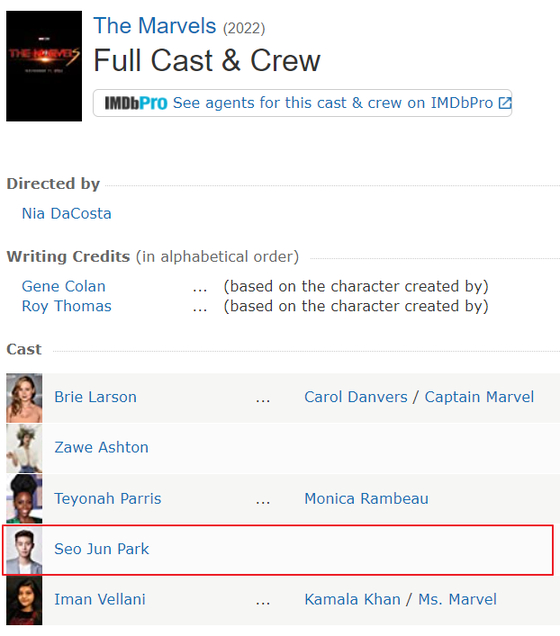 Park is listed as a cast member of “The Marvels" (2022) on film database IMDb. [SCREEN CAPTURE]


If the IMDb update is correct, Park will become the third actor of Korean descent to star in an MCU film after Claudia Kim and Ma Dong-seok.

Online news outlet Screen Rant speculated that Park will most likely play the role of Amadeus Cho, a Korean-American superhero in the MCU, but also suggested other possibilities. Amadeus Cho is the son of Helen Cho, portrayed by Kim in "Avengers: Age of Ultron" (2015).

"The Marvels" is a sequel to the 2019 MCU film "Captain Marvel" and will be directed by American director Nia DaCosta. DaCosta is known to be a fan of Park, as she once wrote on her Twitter with a photo of Park that "This is my new drama bf [boyfriend]."

However, Park's management agency Awesome ENT declined to confirm whether the actor will star in the movie.