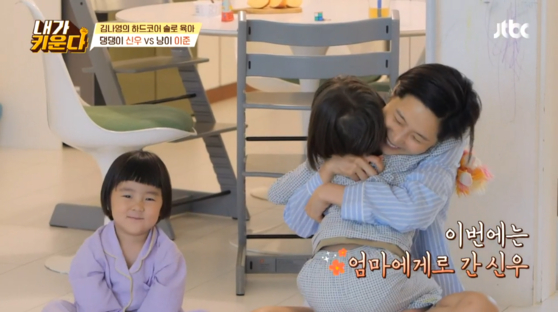 
Get up, eat breakfast, take your child to the playground and eat dinner...

For a household with a young child, this everyday routine is nothing out of the ordinary. But a video clip on YouTube of actor Jo Yoon-hee going through this routine on the JTBC reality show “Brave Solo Parenting: I Raise” garnered over 2.9 million views last month.

What makes the mundane routine special is the fact that Jo is the primary carer for her four-year-old daughter after divorcing her husband last year. In fact, every cast member on the show is a divorcee raising children.

In Korea, divorcees are humorously referred to as dolsing, or “returned singles.” Divorce used to be heavily frowned upon in Korean society and was considered an anomaly. But in recent years, an average of 100 thousand couples divorce each year while 210 thousand couples a year tie the knot. In short, half of marriages in Korea end in divorce nowadays.

This change in society has carried over to television. Several entertainment shows center around celebrities and even non-celebrities who have been through divorces. Apart from the cast consisting of divorcees, these shows maintain the typical formats of Korean reality, talk and dating shows. 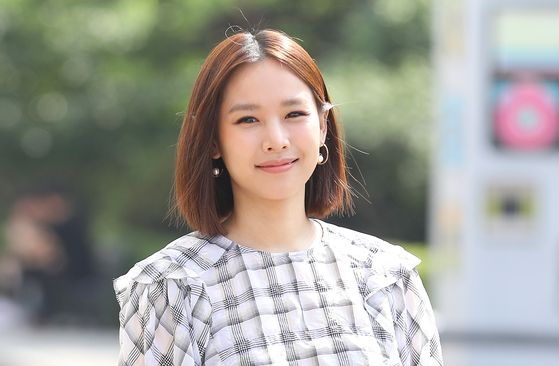 Actor Jo Yoon-hee is the primary carer for her four-year-old daughter after divorcing her husband. [ILGAN SPORTS]

The program focuses on the joys and challenges of single-parenthood. It has similarities to MBC’s reality show “I Live Alone” which follows celebrities who live by themselves, and KBS’s reality show “The Return of Superman” which shows male celebrities taking care of their children while their wives are away.

“Honestly, I wanted to hide,” said Kim Na-young on “Brave Solo Parenting: I Raise.” “But I mustered up courage because I have to take responsibility for my children and overcome [challenges].”

SBS’s talk show “Dolsing Fourmen” — which translates to “four divorced men” — and MBN’s dating show “Dolsingles” even make use of the term dolsing in their titles. These shows do not involve any children and focus on the individual divorcees instead.

“Dolsing Fourmen” stars actor Im Won-hee, singers Lee Sang-min and Tak Jae-hoon and basketball star-turned-television personality Seo Jang-hoon. Their conversations on the show are mostly about dating, marriage and everyday life; not much different from what typical single men would chat about.

“Dolsingles” features eight divorced men and women who aim to find a partner through the show. The participants, aged between 26 and 42, calmly share their thoughts on marriage and divorce upon their first meeting. 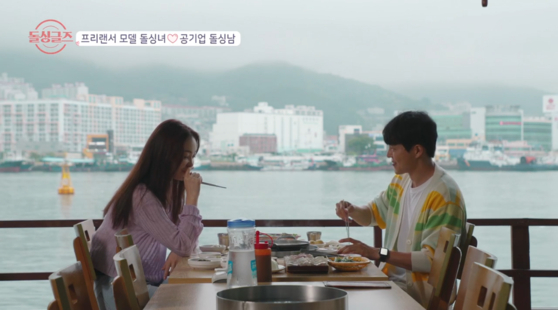 MBN’s dating show “Dolsingles” features eight divorced men and women who aim to find a partner on the show. [MBN]


“We haven’t done anything wrong,” say the participants. “I simply made a determined decision. Enduring [a marriage] can't solve everything. I have nothing to be ashamed of."

“I didn’t think of divorce as a shortcoming, but I learned that some people use my divorce against me,” adds another participant. “But they don't know what will happen to them either. No one knows the future. Do you think I predicted my divorce?”

“As divorce became more common, there are many young divorcees, but they still feel a social stigma,” said program director Park Sun-hye of the show. “Divorce is a personal choice, and I wanted to show that prejudices [regarding divorce] are simply prejudices.”

“Dolsingles” introduces each participant with captions such as “has no children” or “has a seven-year-old daughter, but is not raising her.” Participants initially know nothing about each other, and the show follows their reactions and changing interest levels when it is revealed whether a participant has children or not.

“Some people say the show is too explicit,” added Park. “But I wanted to ask the viewers, ‘What decision would you make in this situation?’”

Divorcees being on the forefront of entertainment shows is largely thanks to the public’s changed perception of divorce. 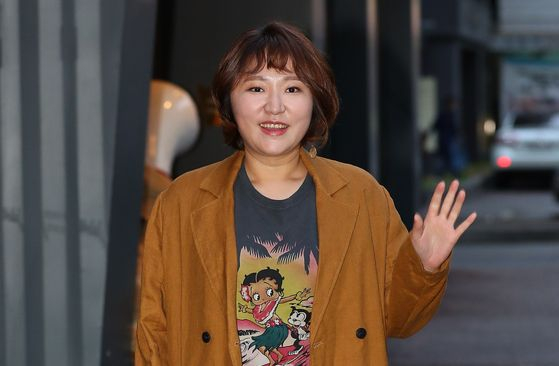 Actor Kim Hyun-sook is the primary carer for her son after she divorced. [ILGAN SPORTS]


“Statistics show that divorce increased, even among middle-aged and elderly couples,” said Lee Myoung-jin, a professor of sociology at Korea University. “So divorcees are no longer a minority. Society's perceptions that marriage is a must or that marriages should last even if one person has to endure difficulties have weakened."

“In the past, divorce was such a social taboo that it was hardly even mentioned,” said pop culture critic Ha Jae-keun. “Nowadays, more people tend to prioritize the pursuit of an individual’s happiness over old customs.”

“Another factor is that the concept of a ‘normal family’ has dissipated,” said Ko Gang-seob, a researcher at the Young Professionals Institute of Korea. “These kind of TV shows probably couldn’t even air in the past because [society] was bound by the concept of what a normal family should look like. Now the social trend is to recognize diverse forms of families, and television is reflecting this change.”

Many divorcees are welcoming this change. 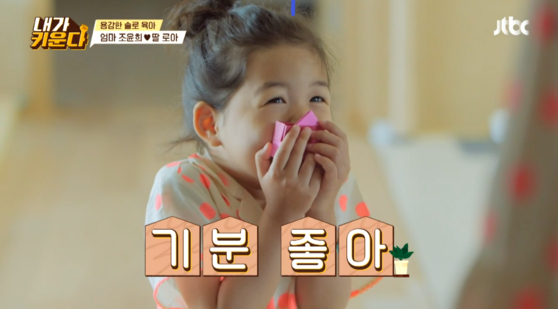 
“Showing single-parenting as it is, and showing a single parent's pursuit of happiness after divorce is meaningful,” said director Kang Min-seo of the Child Support Resolution Association (translated), a non-profit organization of single parents requesting child support from their ex-spouses.

“Appearing [on the show] with children especially takes courage," Kang said. "I can relate when cast members say they 'came on the program to show that they can raise the child well [alone].'"

“When 'The Return of Superman’ first aired [in 2013], it was a step ahead of its time, before men doing childcare was the social norm,” said pop culture critic Jeong Deok-hyun. “And now, society’s views on marriage, divorce and parenting are changing, so entertainment shows are aiming to show what society should ideally be like.”

But since there are always two sides of the story when it comes to divorce, critic Ha added that these shows also require caution.

“If they are careful about making one-sided claims regarding the divorce or condemning their former spouses, controversy can be avoided,” Ha said.

Government to increase payments to families with infants from January

A brave decision by BTS (KOR)