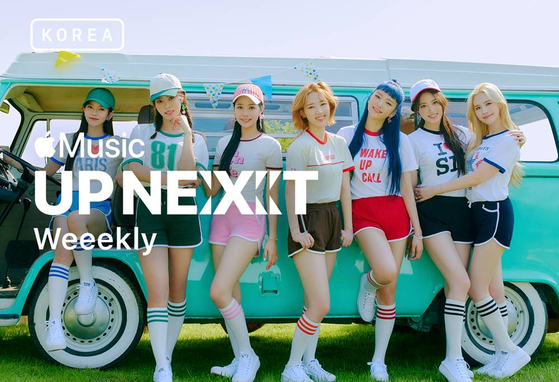 
Weeekly will be the first group to appear in Apple Music’s “Up Next Korea,” according to Apple Music on Friday.

“Up Next” is a monthly editorial program hosted by Apple Music that aims to promote new and emerging artists. It includes playlists, videos and radio interviews.

“We’re honored to be chosen as the first artist for ‘Up Next Korea,’” the girl group was quoted as saying by its agency, Play M Entertainment. “We plan on energizing K-pop fans from all over the world with our music.”

Weeekly is a seven-member girl group that debuted in June last year. “After School,” the lead track from its third EP, “We play,” released in March, landed at No. 1 in Spotify’s Viral 50 Global chart.

A debut after a decade