Nude model Ha Young-eun bares all with her first book

Nude model Ha Young-eun bares all with her first book 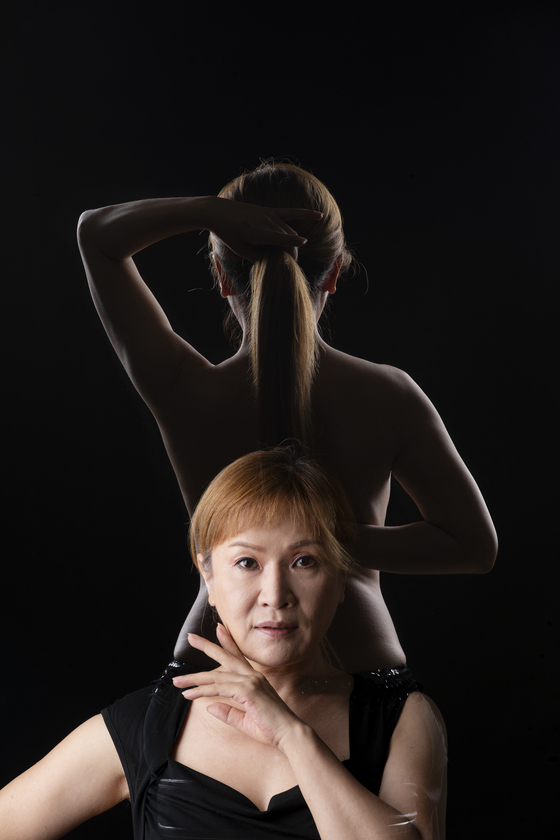 Ha Young-eun is a nude model and the founder of the Korea Nude Model Association. [KOREA NUDE MODEL ASSOCIATION]


“Every morning, the first thing I do after I wake up is look at my bare body in the mirror. It’s a morning routine of mine that I’ve been doing for 30 years. I see a body that is similar but in a way, also a little bit different from yesterday. The body in the mirror is like my closest friend; it’s been with me in the same place for a very long time.”

Ha Young-eun is the first Korean nude model to open up about her job and the founder of the Korea Nude Model Association. She recently published her first book, “I Am A Nude Model” in June.

“I check to see how my body has changed overnight,” said Ha. “It’s not about whether or not I lost weight, but if there are any new scars or scratches on my body. My job requires me to keep my body healthy and loved.”

Ha grew up in a small town as the second youngest among seven children. Her father was patriarchal, which she says was one of the things that caused her distress throughout her childhood. After moving to Seoul and working as an accountant at a trading company, life seemed to have taken a turn for the better. 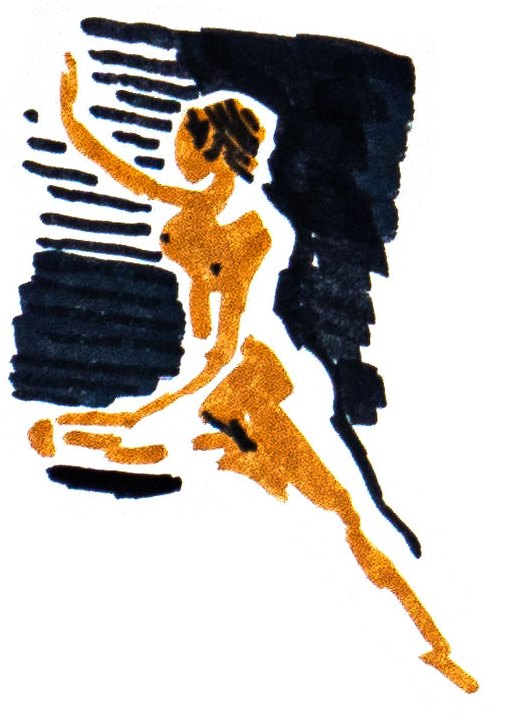 A sketch of a nude model [KOREA NUDE MODEL ASSOCIATION]


However, her purse that had her salary inside it was stolen. She felt helpless as she was living with her sister and her brother-in-law in a single bedroom house at the time, and she had been saving up money to move out. She took a part-time job at a restaurant to try and earn back the money that had been stolen.

One day, after finishing work, she remembered a professional photographer asking her if she had any thoughts on being a nude model. The restaurant, being in Jongno, central Seoul, had many photographers as customers as there are many photo galleries in the area.

“I started nude modeling in 1988 but I couldn’t tell my friends and family what I did for a living,” said Ha. “I was a normal office worker during the weekdays and a nude model on the weekends. I started openly telling people that I was a nude model in 1995, when I decided to model full-time. I realized that I needed to come up with better model poses and maintain a model physique, and have confidence about my career. It’s an amazing feeling to be able to inspire others.”

People used to rip up Ha’s business cards when she gave them out, concerned about how they would be perceived by others for merely possessing one. However, it was these reactions that led Ha to establish the Korea Nude Model Association in 1996, in order to set straight some of the misconceptions related to nude modeling.

“I’ve just always wanted people to respect my job. It’s better to be part of a team than to be alone when unfair things happen to us.” 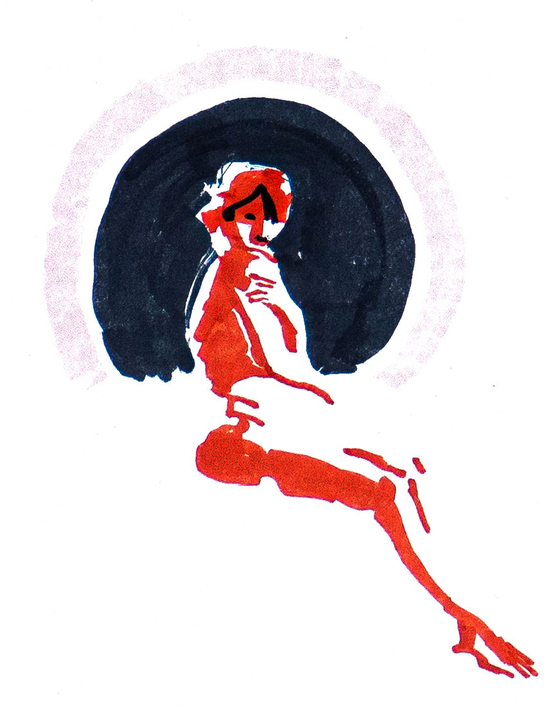 
Two months before establishing the association, Ha hosted a public nude life drawing performance at an art center. She wanted to break the stereotype that a nude model “takes part in covert activities,” or that the “purpose is to seduce others.”

“It wasn’t easy to break prejudices,” said Ha. “About a year after I founded the association, we got a visit from the Agency for National Security Planning. They said they received a report about a ‘suspicious group.’ We were under surveillance for three months.”

Even nowadays, there are times when the members of the association become victims of sexual harassment. One rule, when it comes to nude modeling, is that the photographers or painters are not allowed to engage in any physical contact with the model’s body.

“People tend to make imprudent choices when they see someone else’s body. Comments like ‘beautiful’ or ‘glamorous,’ and even a change in facial expression can be offensive to the models, which is why we are strict with these issues.” 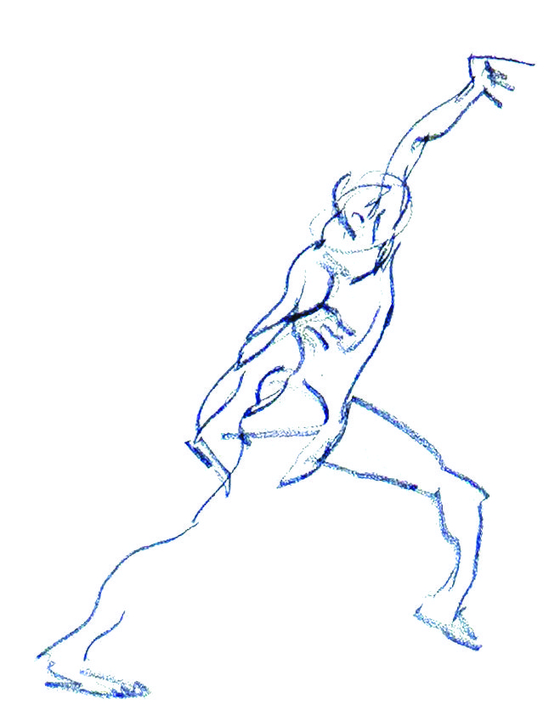 A sketch of a nude model [KOREA NUDE MODEL ASSOCIATION]


Ha reveals in her book that there are far more nude models in society than people realize and their jobs are much more varied than just standing in front of an artist to be painted on canvas.

“Nude models aren’t only in fine art. There are nude models for basically anything that requires the human body, like fashion, medicine, videos and games. A member of our association modeled for the human body chart of a famous local medical book. The human body shown during the introduction of KBS’s health television show “Mysteries of the Human Body” (2002-) is actually me. The buttocks-shaped silicone models that nursing students use were also modeled after me.”

Ha, who is 1.65 meters tall (5 feet 5 inches) and weighs 45 kilograms (99.2 pounds), has modeled many different medical simulation mannequins. People often joke that “Ha made a significant contribution to the advancement of medical technology.”

Currently there are about 500 members in the association. About 100 of them are full-time models, and the others work part-time.

“Some work as a nude model for the money, but many also model to gain confidence and for new experiences, since the faces aren’t drawn in life drawing or sketching.”

Some nude models currently working in Korea include a homeless person who suffered from alcoholism, a pastor who had trouble expressing his thoughts and feelings due to childhood trauma and a former CEO of a small business who wanted to accomplish something new.

“It takes a lot of courage and effort to use your bare body in conveying emotion, which is why you feel a sense of achievement and become more confident afterward,” said Ha. “Nowadays we have lots of new models who want to take on new challenges since nude art is used in other fields too, like games and digital videos.” 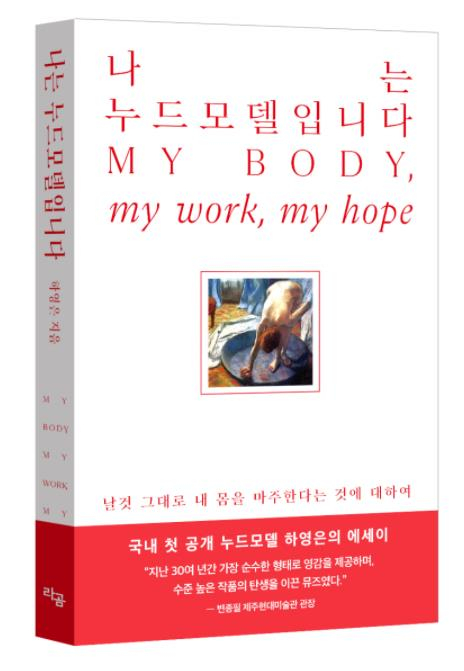 Ha's first book, ″I Am A Nude Model,″ was published this year. [KOREA NUDE MODEL ASSOCIATION]


The front cover of Ha’s book reads “On facing my body as it is”(translation). 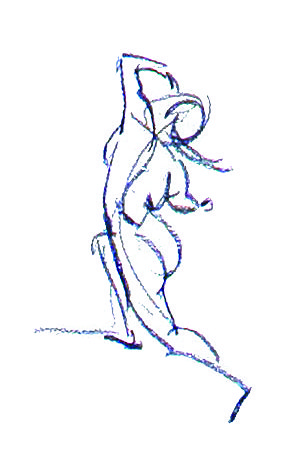 
“Bodies show the kind of life that a person has lived, like their age, personality, passion and habits. The body shows even the parts [the person] doesn’t remember. Bodies are pure. You can see how much one loves and cares for oneself just by looking at their body.”

Ha said that at first, she was depressed when she discovered saggy skin and wrinkles during her morning routine.

“Of course, I’ve tried finding ways to conceal my age when I pose. But one day it struck me as a meaningless thing to do. I realized that I should just accept it. This is who I am. Aging may not be pleasant but practicing poses and emotions that go well with my body is more important. My body has its own merits that a young, pretty body doesn’t. I felt better after changing my attitude.”

"A masterpiece isn’t created just by the work of the artist,” said Ha. “Nude models that read the artist’s thoughts and expresses them through emotion — that makes them an artist too.”

More than a role model