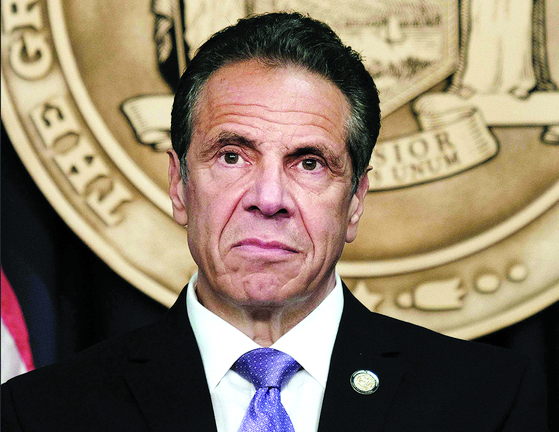 PARK HYUN-YOUNG
The author is a Washington corresponden of the JoongAng Ilbo.


I thoroughly read an investigative report on sexual harassment allegations against New York Governor Andrew Cuomo released by the State Attorney General’s Office on August 3.  The 165-page report was an easy read. It uses plain language rather than legal jargon and mostly describes situations. Two thirds of the report, or 113 pages, were devoted to verification of facts.

The report was very detailed. “These offensive interactions, among others, culminated in an incident at the Executive Mansion in November 2020 when the Governor, during another close hug with Executive Assistant #1, reached under her blouse and grabbed her breast,” said the report.

Executive Assistant #1 said she had planned to take the incident “to the grave,” but changed her mind after Cuomo denied harassment allegations by her colleague at a press conference on March 3. He said he had never “touched anyone inappropriately.”

Descriptions of harassment are specific. Trooper #1 testified that the governor “ran his finger down her back, from the top of her neck down her spine to the middle of her back, saying ‘Hey, you.’” Other guards were present at the time. The governor also touched her stomach and hip while she held a door open. Lindsey Boylan, former special advisor and the first to expose such allegations, said the governor quipped, “Let’s play strip poker” on a plane and kissed her on the lips on one occasion.

The report also described a hostile work environment. The office culture of “fear and intimation” was “toxic.” Cuomo’s former aide Charlotte Bennett said she had to do 10 push-ups in front of him in his office in October 2019. Cuomo often yelled and got angry. The report paints a revealing portrait of the third-term Democratic Party governor.

The investigation team probed 179 people for nearly five months. Allegations were proven by collecting evidence from text messages the victims had exchanged with friends, colleagues and family members, testimonies of witnesses and people involved, emails and photographs of Cuomo’s staff.

Now, the debate will be based on this report. There is no room for speculation and off-the-point arguments. I am impressed by the mature attitude of the public of the United States dealing with the sexual harassment allegations against a big shot politician who was once mentioned as a presidential hopeful.

The author is a Washington corresponden

of the JoongAng Ilbo.