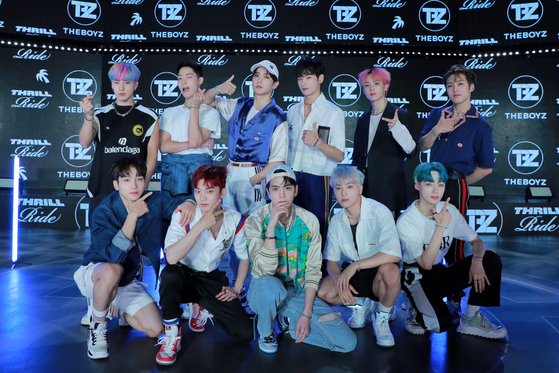 Boy band The Boyz poses for a photo before it performs for an online media showcase to celebrate the release of its sixth EP "Thrill-ing" on Monday. It is the first EP the band has released after reaching the semifinals of the music survival show “Kingdom: Legendary War” on Mnet, which ended in June. The band said it wanted to show a more toned-down image of the members as it had frequently presented more powerful performances during its time on the show. The EP has six tracks including the title song “Thrill Ride." [CRE.KER ENTERTAINMENT]