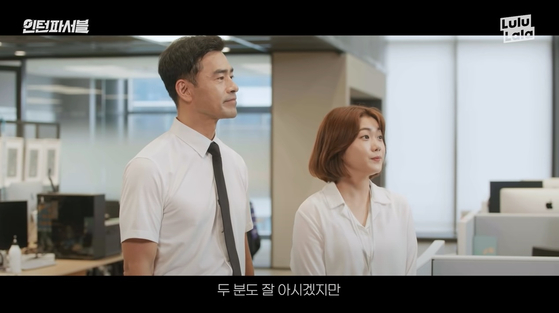 Actors Han Chang-hyun, left, and Jin Ah-jin play a father and daughter who must compete against one another for one full-time job. [JTBC STUDIO LULULALA]


“I believe we would secretly be helping each other out,” said actor Han Chang-hyun.

“It would be devastating if I had to compete with my dad,” said actor Jin Ah-jin.

In the latest web drama series “Intern Possible” produced by JTBC Studio Lululala, a father and daughter fiercely compete against each other to earn a full-time position. The answers given by Han and Jin were responses to how they would feel if they had to compete against one of their own family members for a job.

“Intern Possible,” which is a short web drama series consisting of four episodes, wrapped up on Saturday on the studio’s YouTube channel “Lululala Story Lab.” It centers on 25-year-old Ji-woo who begins a desperate search for employment after giving up on studying for the civil service exam, and her 52-year-old father Jin-gook, who after retiring from a conglomerate, ends up being accepted as an intern at the same company as his daughter. 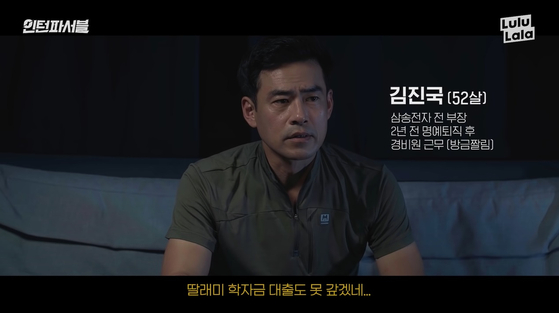 Han plays a 52-year-old father who is looking for a new job after retiring from a conglomerate. [JTBC STUDIO LULULALA]


While the narrative seems improbable, the story is meaningful in the way that it incorporates the realities that the younger generations face today related to employment, and also the sense of loss the older generation feels after retirement.

"Intern Possible" marks the first time in the 25 years since 49-year-old Han's acting debut that he has taken on a lead role. As for 24-year-old Jin, the role of a struggling intern was not a new one after she played a similar character in hit web drama series “Johjohso” (translated).

The JoongAng Ilbo, an affiliate of the Korea JoongAng Daily, met the two protagonists for an interview at its office in Sangam-dong, western Seoul, on July 30.

Han, who debuted in 1996, has appeared in over 300 television series and films, portraying a variety of extras ranging from a customer, a taxi driver, a teacher, a prison guard and a police officer. He felt extremely lucky when he was able to land a minor role. When he heard the news that he was cast for the series, he naturally thought that it was as “one of those extras.” He said that when he found out that he had landed the role of a lead character, his entire body stiffened up and he was unable to speak or express the euphoria he felt after achieving his dream. 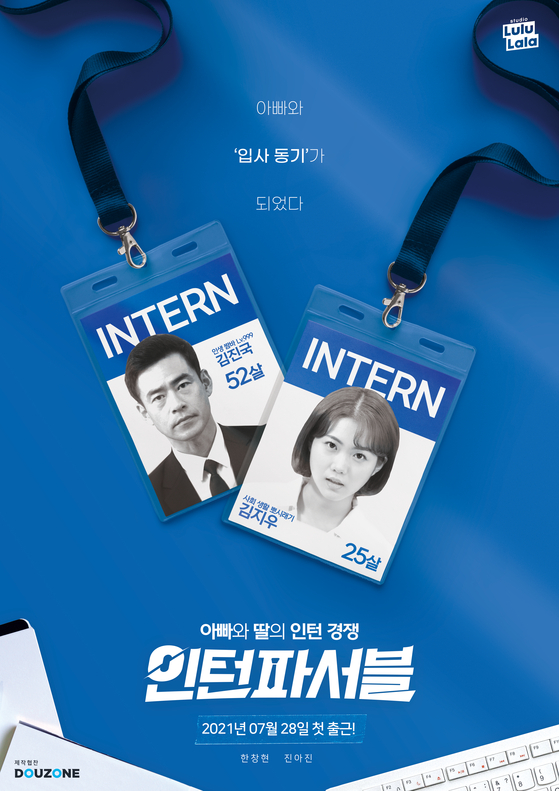 
“It was the moment when I finally achieved my lifelong dream,” Han said. “My wife, who was there with me in our home when I heard the news, repeatedly asked me to make sure that I actually got the role (laughs). The person who was happiest for me was my 15-year-old daughter. Every time I considered quitting acting as I continued to remain anonymous for over 20 years, she remained my number one fan who told me that she wanted me to continue being an actor.”

Han found multiple similarities between himself and his character Jin-gook, who is desperate enough to compete against his own daughter to land a job.

“There were more days [in my life] that I spent unemployed than acting, so I had to make do with what I could as the breadwinner of my family,” Han said. “I don’t think there are any part-time jobs that I haven’t done, from being a delivery driver to displaying merchandise in shopping malls or marts.

“Similar to how Jin-gook did not hesitate to abandon his pride to compete with his daughter, I did not hesitate to take on any roles that came on my way, no matter how brief my screen time was,” he added. “I think that’s how I was able to arrive at this moment, because I’m a simple-minded man only driven by his own purpose.”

Han singled out the time he spends alone inside his car as he returns home from work as his favorite time to practice acting.

“Even after an exceptionally long day, I’m able to immediately concentrate on the emotions if I turn on a sad ballad, like I’m the melancholy protagonist in a romantic film,” he said. “Someday, I want to try a role that will make audiences break down crying in their seats.”

Jin, on the other hand, earned fame for her role as Lee Ye-young, a new employee at a mid-sized company in “Johjohso,” who starts off her first day of work by recording a vlog to upload on her YouTube channel. 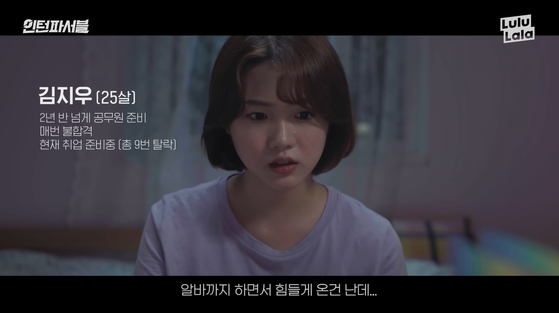 Jin as the 25-year-old daughter, who, after giving up on studying for the civil service exam, is desperate to find a job. [JTBC STUDIO LULULALA]


“Although they [Ye-young and Ji-woo] are both interns, I thought of them as completely different, which is why I thought I could show off a different side of me,” Jin said. “I hope people focus on Ji-woo’s personality rather than her position as an intern.”

Jin said her off-camera personality is a mixture of Ye-young and Ji-woo.

“I emit positive energy like Ye-young on set, but when I’m with friends or at home with my family, I’m more withdrawn like Ji-woo.”

While “Johjohso” marked Jin's first noteworthy role, she's actually been acting for seven years but maintains that “those years of anonymity weren’t that hard for me, because it was time I spent learning.” Jin first dreamt of becoming an actor when she was in fifth grade in elementary school. She saw the film “Harmony” (2010) in a cinema and was shocked by how much it moved the audience.

“I saw people, of all ages and genders, crying,” she reminisced. “That left such a strong impression on me as to how impactful a film could be.”

For Jin, acting has become a driving force in her life.

“I continue to face obstacles while I act,” Jin said. “But I want to face them head on and resolve them, rather than settle for who I am now. Acting stimulates me to persistently challenge myself.”

Those twinkling beings that people are unsure whether it’s a star or a satellite,” she said. “I want to be a delicately glowing presence which is up in the sky all the time rather than a shooting star.”