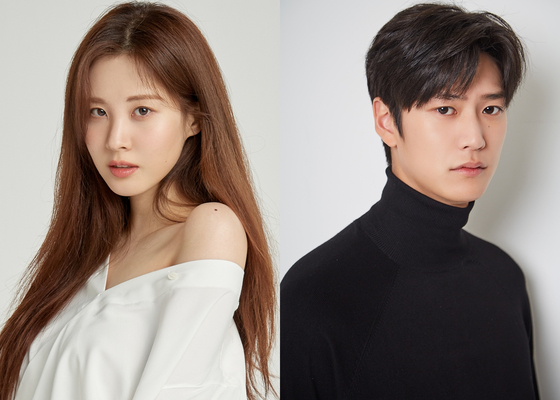 
Actor and singer Seohyun of Girls' Generation and actor Na In-woo will star in the upcoming television series “The Jinx's Lover” (translated), said the series’ officials on Tuesday.

“The Jinx's Lover” recently started filming and is based on a webtoon of the same title. The webtoon tells the story of a financially strapped man who crosses paths with lady luck and transforms his life.

Seohyun will portray a character who has the ability to see the future of anyone she touches. She was kept locked away by a conglomerate family, but escapes and meets Na’s character, a fish seller with bad luck.

When or on which channel the series will air is undecided.