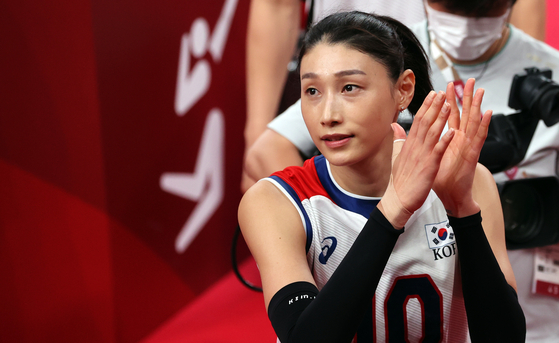 Kim Yeon-koung claps for the Serbian team after the women's volleyball bronze medal match on Sunday morning at Ariake Arena in Tokyo. [YONHAP]


Kim Yeon-koung and the women's volleyball team have arrived back in Korea after the 2020 Tokyo Olympics, where they stunned fans with a fourth-place finish despite entering the tournament as underdogs.

Kim and the 11 other members of the Korean squad quickly became fan favorites, battling their way through eight matches against predominantly higher-ranked teams to reach the bronze medal match. The team arrived home without any silverware, but with little doubt in fans' minds that they had given it all they had.

Going into the Games, Korea was seen as an underdog with little chance of reaching the semifinals. Not only was Korea ranked 13th in the world, the third-lowest ranked team at the Olympics, but it was also coming back from a disappointing second-to-last finish at the Volleyball Nations League in June.

Korea first competed in volleyball at the Olympics in 1964, finishing sixth. Three Olympics later, the team found itself on the podium for the first time, winning bronze at the 1976 Summer Games. Korea has failed to repeat that glory ever since. At the 2012 London Games Korea finished fourth, dropping the bronze medal match against Japan. At the 2016 Rio Games, Korea failed to reach the semifinals, finishing fifth. 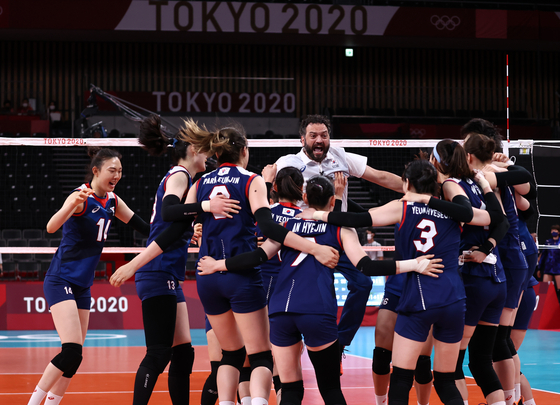 Head coach Stefano Lavarini and the Korean women's volleyball team celebrate after defeating Japan 3-2 on July 31 to advance to the quarterfinals. [YONHAP]


This year's fourth-place finish is in a large part thanks to the influence of Stefano Lavarini, the first foreign coach to lead the national team, and his staff. The Italian coach has an unusual background — he never played professional volleyball, instead building a career from the start as a coach and analyst.

The team describes Lavarini as their biggest fan and a studious coach. When Korea toppled higher-ranked volleyball giants, he was often seen during timeouts encouraging the team to play their own game not that of the opponent. According to the players, Lavarini was always well prepared for every game, studying each opposing player in detail and advising the Korean stars on exactly how to take them on.

The team-centric approach clearly helped each athlete play up to their potential. Libero Oh Ji-young topped the table with the most digs of the Games, Yeum Hye-seon was the third-best setter and also the fourth-best server, Kim Hee-jin was the 10th best scorer and Park Jeong-ah was the eighth. 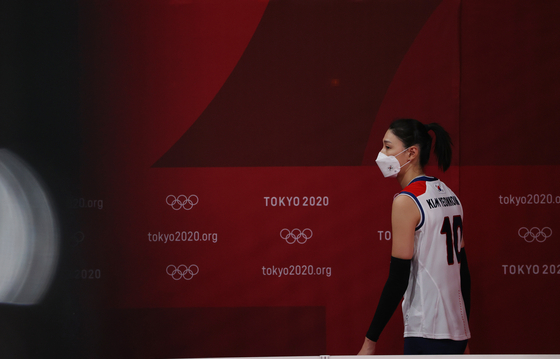 Kim Yeon-koung takes one last look at the Ariake Arena before leaving the court after the women's volleyball bronze medal match on Sunday morning at Ariake Arena in Tokyo. [YONHAP]


And of course there was captain Kim Yeon-koung, who somehow managed to be everywhere at all times.

Kim was the second-best scorer of the entire Games after Tijana Boskovic of Serbia. At the same time, the numbers show that it has been a long journey, especially for her, having played the entirety of six Olympic matches, resting only during two: The preliminary matches against Brazil and Serbia, where she sat out only the third set. 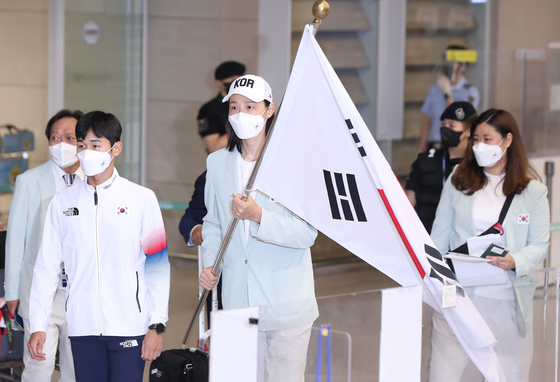 
After arriving in Korea, Kim reflected on the team's run at the Tokyo Olympics.

"I think that all the love and support for the team made us reach the semifinals and I am truly grateful," Kim said when she arrived in Korea on Monday.

Feeling that love and support is not something Kim takes for granted. Recently a social media post she uploaded 10 years ago discussing the struggle of being a professional athlete in a less popular sport went viral. She had written the post when she played in Turkey, saying that though she was proud to represent Korea, she was discouraged at times when she would score the most in the European League and no one other than her fans would really know about it.

"I realize the huge amount of support and encouragement we were able to receive," Kim said on Monday. "I just hope that it continues."

"I spent my last day [of the Games] reflecting on our experience together with coach Lavarini and the coaching staff," Kim said. "He sincerely thanked the team, saying that he had gone into the bronze medal match knowing that it was not going to be an easy game. The team were all in tears after he said things that were true to his heart." 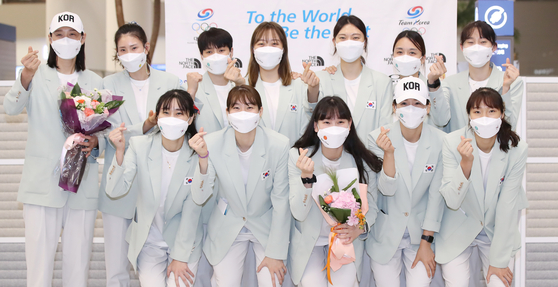 The Korean women volleyball team poses for a picture at Incheon International Airport in Incheon after returning from the Tokyo Olympics on Monday. [YONHAP]


Kim said even the team hadn't expected to reach the semifinals.

"Up until the opening ceremony, the chances of reaching the semifinals seemed dim even to us," she said. "Honestly, we weren't expecting much. But it was something that we achieved together because we were one. It made me realize how important teamwork is."

Kim will be playing in China next season with Shanghai Bright Ubest Women's Volleyball Club, returning to the team four years after she led it to the top of the Chinese Super League in the 2017-18 season to snap a 17-year drought. However, she still has some time left until she jets off. Before then, Kim has a few plans.

"First, a shower, then some fried chicken," she said. "Then I will have to build up, stay fit. You might be seeing more of me on television too."