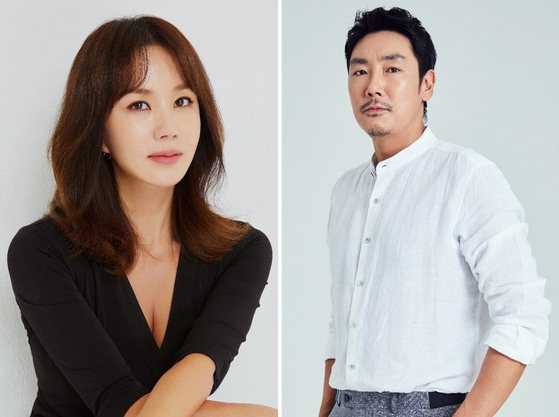 
Actors Uhm Jung-hwa and Cho Jin-woong have been appointed as the jurors for the “Actor & Actress of the Year” award at the 26th Busan International Film Festival, scheduled to be hosted from Oct. 6 to 15 this year.

The award is presented to rookie actors based on their performances in independent feature films submitted to sections in “New Currents” and “Korean Cinema Today: Vision.”

Uhm, a singer-turned-actor, debuted on the silver screen in the 1993 film “On a Windy Day We Must Go to Apgujeong” and went on to star in series of commercially successful films such as “Haeundae” (2009), “Dancing Queen” (2012) and most recently on “Okay! Madam” (2020). She has starred over 40 films and drama series throughout her career.

Cho started acting on the theater stage and debuted on the big screen in “Once Upon a Time in High School” (2004). He has been critically acclaimed for his performances in films “The Admiral: Roaring Currents” (2014), “Assassination” (2015) and also on tvN drama series “Signal,” scripted by popular writer Kim Eun-hee, who is globally recognized for her “Kingdom” (2019-) series on Netflix.

Award winners will receive a prize money totaling up to 5 million won ($4,300) and will directly receive the awards from the jurors at the closing ceremony of the festival on Oct. 15.