Companies in solar project took the money and folded

Companies in solar project took the money and folded 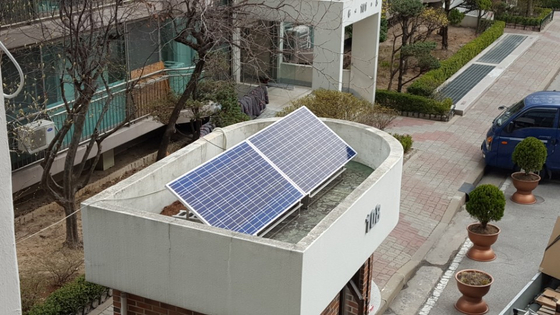 Solar panel installed on a security booth of an apartment complex in Seoul. [JOONGANG ILBO]

Some 14 out of 68 companies that participated in the late Seoul mayor Park Won-soon’s solar energy project have gone out of business.

The Seoul Metropolitan Government spent 68 billion won ($58 million) on the solar energy project over the last 10 years, raising many questions about its efficacy -- and whether some companies were getting a free ride from the government.

According to the Park Dae-chul, a National Assembly representative from the opposition People Power Party, 68 companies between 2014 and 2020 participated in a project installing small solar panels on roof and balconies in Seoul.

During the same period, 14 closed shop.

The 14 companies received 12 billion won from the Seoul government for installing the panels.

Most of the companies folded in just three to four years -- but kept the subsidies, Park said.

One company shut down in December 2020, not long after receiving a 146.4 million won subsidy.

Another company that joined the project in 2019 closed immediately after receiving 64 million won from the Seoul government. Another did the same in the same year after pocketing 36.2 million won.

Five companies closed a year after receiving the subsidies. Only three remained in business for three years. 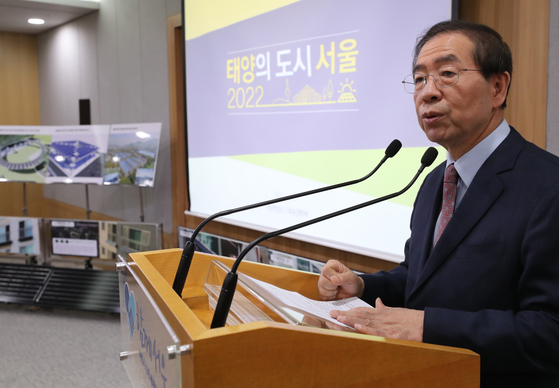 Late Seoul mayor Park Won-soon announce the Seoul city government's plan on expanding the installment of solar panels by raising the subsidies covered by the government in November 2017. [YONHAP]


The solar energy project has been questioned before.

In 2019, the Board of Audit and Inspection of Korea (BAI) warned the city government against offering special treatment to companies with links to the Democratic Party through the solar panel projects.

The BAI reported that it found some cases of illegal subsidies given to some of the companies.

The agency found that three companies tied to the ruling Democratic Party -- which the late Seoul mayor Park was a member of -- took 50 percent of the solar panel project's orders.

The Seoul government is also facing problems with maintenance of panels installed by companies that are no longer in businesses.

Since last year, it has hired two independent companies for solar panel maintenance and repair, which is costing the Seoul government 150 million won annually.

Lawmaker Park accused the companies that closed after pocketing the subsidies of fraud.

“The BAI and the Seoul government needs to clarify the reasons for recklessly choosing companies with no expertise,” said Park.