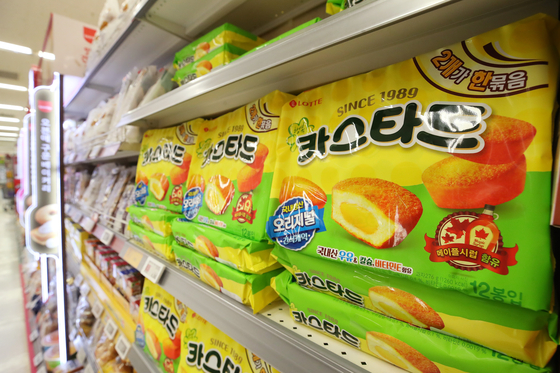 
Lotte Confectionery announced on Thursday it will raise the prices of 11 types of snacks by an average of 12.2 percent.

Lotte Custard, Lotte Sand and Ppada Coconut are among the 11 snacks that will be sold at a higher prices starting on September 1.

The company said it decided to raise prices of the snacks because “prices of raw materials like sugar, whole egg liquid and packaging surpassed the level we can endure.”

The announcement followed the price increase by Haitai Confectionery & Foods earlier this month.

Haitai raised the average price of its five snacks, including Home Run Ball and Butter Ring, by an average of 10.8 percent.

Prices were adjusted starting on Aug. 1.